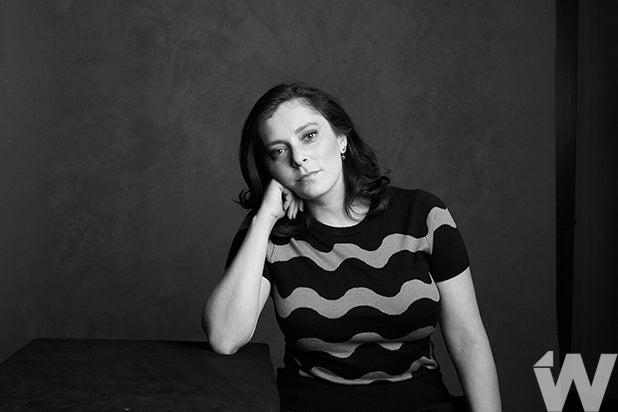 When Rachel Bloom and Neil Patrick Harris went back and forth on Twitter during the Tony Awards on Sunday, some fans thought it was all in jest. But at least on Bloom’s part, it was no joke.

The “Crazy Ex-Girlfriend” star and co-creator addressed the situation in an interview with GQ published on Wednesday, saying that she was “kind of devastated” by the fact that Harris, whom she has met “numerous times,” didn’t seem to recognize her.

“It wasn’t a joke. Basically… I saw that tweet. And I was kind of devastated. I was actually going to tweet, ‘This makes me sad,'” she told the magazine.

The interview comes after the “How I Met Your Mother” alum commented on Bloom’s performance as the backstage correspondent the Tony Awards on Sunday, noting that he was “confused” by “the woman in the top hat.”

Bloom responded to that initial tweet by reminding Harris that they’ve met “numerous times” and that her husband, Dan Gregor, was a writer on “How I Met Your Mother” for years. Harris replied with a “Thanks for the reminder,” but did not apologize.

“Look. I’ve met him a couple times,” Bloom told GQ. “Very recently, backstage in the dressing room of a Broadway show. And we hung out for a solid 15 minutes with the star of this Broadway show. It was just bizarre to me that it wouldn’t ring a bell. And also, that he wouldn’t Google it.”

I’m a big fan of yours. We’ve met numerous times and my husband, Dan Gregor, wrote for “How I Met Your Mother” for 5 years. Notably, he wrote the episode where your character finally meets his father.

Also Read: 'Crazy Ex-Girlfriend' Star Rachel Bloom on Why Orgasms Are So Elusive in Hollywood (Video)

In the interview, Bloom also commented on Harris’s overall Twitter presence, saying that having 27 million followers has distorted his idea of what makes for an interesting tweet.

“I really, really hope that I can surround myself with people who will call me out on my shit, so that–even if I ever were to have 27 million Twitter followers–I would be just kind of… a person first, and a famous person second,” Bloom continued.

Also Read: Rachel Bloom on Why 'Crazy Ex-Girlfriend' Was Driven by Anger This Year

On Wednesday, after Bloom’s interview began to circulate online, Harris finally issued a formal apology for “what I thought was a funny comment in our living room [that] must have been far from funny to read, backstage, mid show.”

“As a performer and a parent, I should have know better,” he wrote on Twitter.

Hi, thank you for this! Apology accepted.

Ultimately, Bloom said, she doesn’t believe Harris meant any harm by the tweet. But if he wanted to make it up to her, she had an idea of how he could go about it.

“Look, he didn’t say that I was terrible. It was just kind of a random thing,” she said. “But I think, if he wants to be gracious: He has 27 million Twitter followers. He could check out an episode of the musical TV show ‘Crazy Ex-Girlfriend’ — which is, right now, the only musical show on television. And tell his 27 million Twitter followers to check it out. I wouldn’t hate that!”