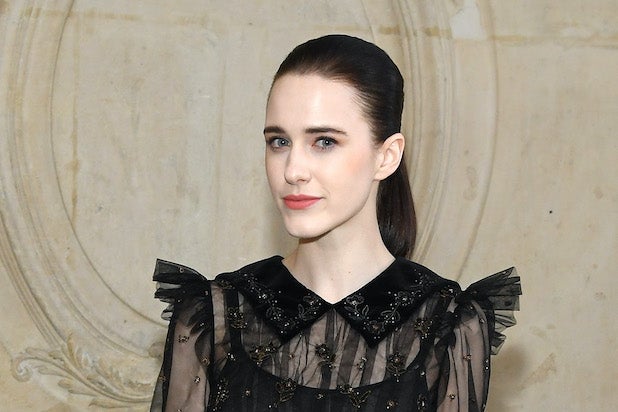 “I’m Your Woman,” a crime drama starring Rachel Brosnahan and directed by Julia Hart, will make its world premiere as the opening night film of the 2020 AFI Fest, the festival announced Monday.

The 34th edition of the film festival will be virtual this year and will take place online between October 15-22. The full AFI Fest lineup will be unveiled in October.

Hart (“Stargirl,” “Fast Colour”) directs “I’m Your Woman” from a script she co-wrote with Jordan Horowitz that’s set in the 1970s and follows Brosnahan as a woman forced to go on the run after her husband betrays his partners, sending her and her baby on a dangerous journey. Here’s the full synopsis:

Suburban housewife Jean (Rachel Brosnahan) lives a seemingly easy life, supported by husband Eddie’s (Bill Heck) career as a thief. But when Eddie betrays his partners, Jean and her baby are forced to go on the run, and Eddie’s old friend Cal (Arinzé Kene) is tasked with the job of keeping them safe. After Cal mysteriously disappears, Jean befriends Teri (Marsha Stephanie Blake), and the two women set out on a perilous journey into the heart of Eddie’s criminal underworld. A decidedly female take on crime dramas of the 1970s, “I’m Your Woman” is a tale of love, betrayal, motherhood, family and what it takes to claim your life as your own.

“Now more than ever it is important for film festivals to create a platform for audiences to discover great films,” Michael Lumpkin, director of AFI Festivals said in a statement, “And ‘I’m Your Woman’ is cinematic storytelling at its best. With a captivating and complex narrative of a woman on the run, director and writer Julia Hart takes us on unexpected journey that speaks directly to the current state of our world and the real meaning of friendship, love and family.”

Audi is the exclusive presenting sponsor of AFI Fest 2020, returning for the 17th year. Other sponsors are AT&T and Apple.