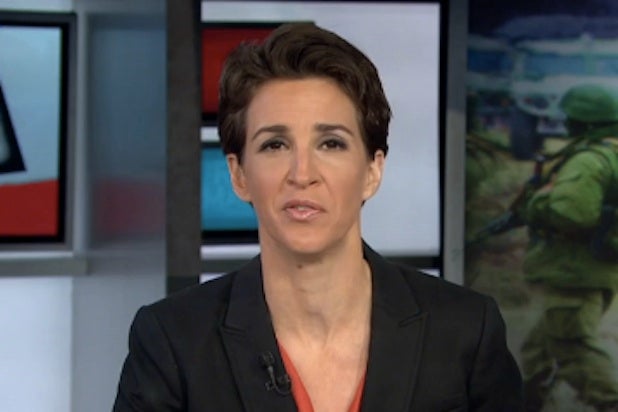 “I’m about to do something which is a little controversial for cable news,” Maddow cautioned, “I’m about to praise a rival news network.”

During a segment taking the CIA to task for not keeping politicians informed on other countries, she had misty, watercolor memories for the way CNN used to report world news. Maddow cited an old speech from former Congressman James Traficant when he pointed out that the CIA learned about the fall of the Berlin Wall from CNN.

Traficant recalled the many important world events reported by CNN including “the collapse of the Soviet Union, the “fall of the Berlin Wall” and “Saddam Hussein‘s invasion of Kuwait on CNN.”

“CNN today is not what it used to be,” Maddow lamented. “But once upon a time CNN really was the only cable news network and they really did have a singular role in keeping people informed about what was going on, not only around the country but around the world.”