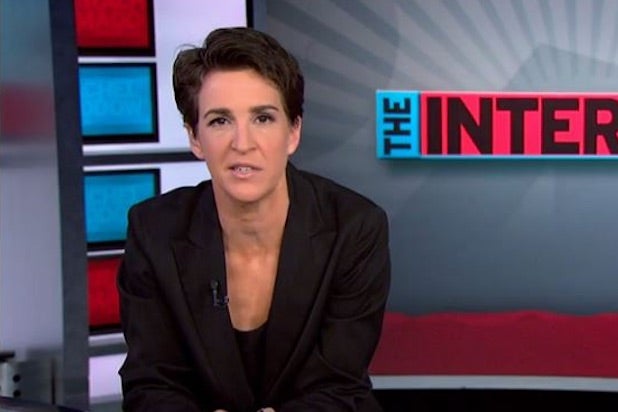 The White House said Rachel Maddow was “desperate for ratings” when she released President Trump’s 2005 tax return, and whatever her motives, she definitely scored viewers — the episode earned “The Rachel Maddow Show” its best ratings ever.

Maddow sent Twitter into a frenzy shortly before her show started, tweeting out that she had President Trump’s tax return. She later clarified that it was his 2005 form 1040. Democrats and reporters have been trying to get the former “Celebrity Apprentice” host to reveal his tax returns since his campaign kicked off.

Presidential nominees have released their taxes for decades, in a spirit of transparency. But Trump has more complex business relationships than any past president.

Maddow spent about 20 minutes explaining why Trump’s taxes were important before introducing journalist David Cay Johnston, who explained that someone had anonymously mailed him the returns. As Maddow later acknowledged, they didn’t contain any major “bombshell.“

But the returns emergence did spark speculation — fueled by Johnston — that Trump himself might have leaked the return. Trump has said he has “no idea” how Johnston obtained his return.

“I have no idea where they got it but it’s illegal and they’re not supposed to have it,” Trump told Fox News’ Tucker Carlson. “It’s not supposed to be leaked and it’s certainly not an embarrassing tax return at all, but it’s an illegal thing they’ve been doing it. They’ve done it before and I think it’s a disgrace.”

Maddow and Johnston insisted on Tuesday that they had a First Amendment right to report on the return, and said they had not stolen it since it was mailed to Johnston.