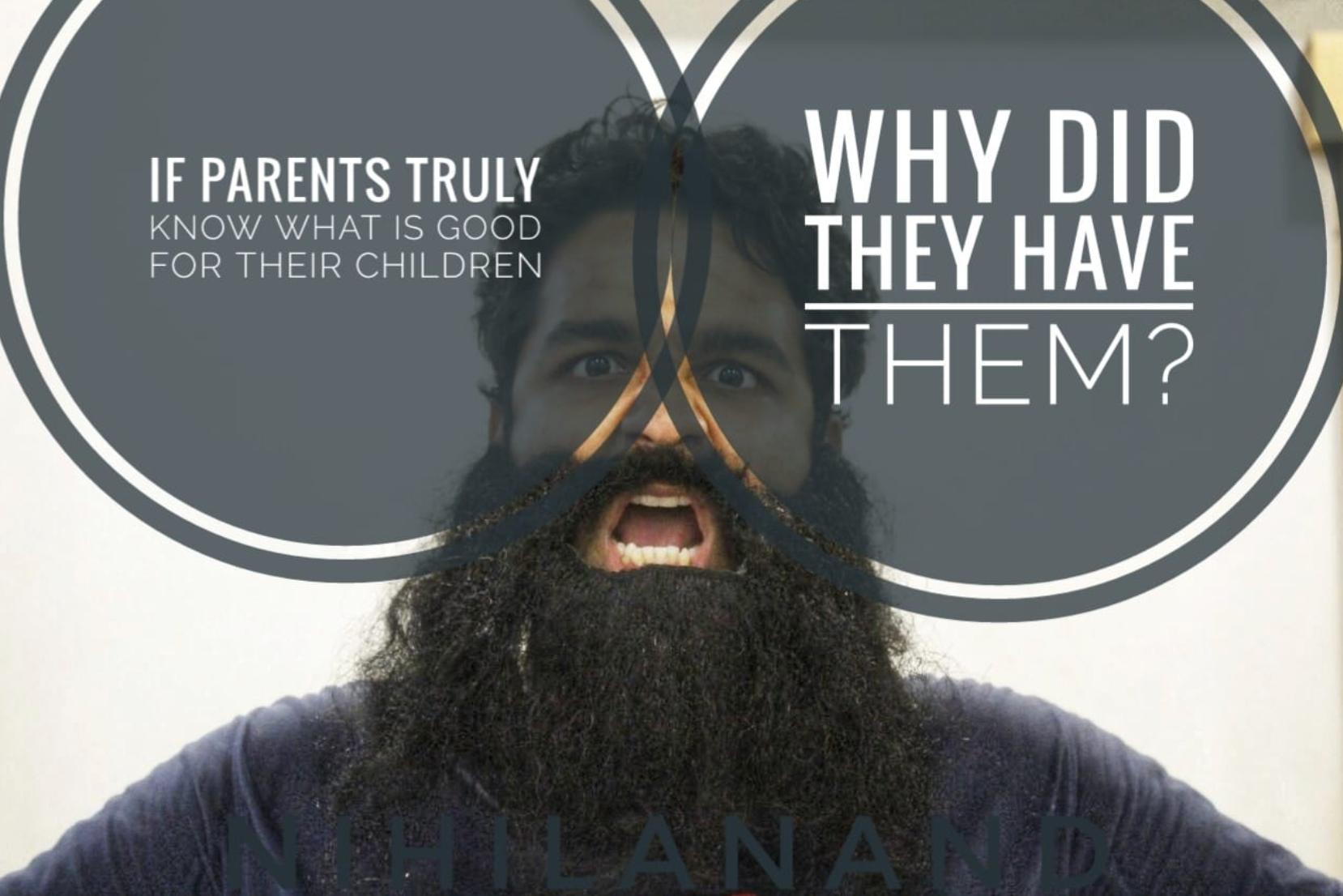 Six months ago, Raphael Samuel informed his mother over breakfast that he planned to sue her and his father for bringing him into existence without his consent. We think his story should be a movie, for reasons we discuss in the latest “Shoot This Now” podcast. You can listen on Apple or right here:

Every week on “Shoot This Now,” we talk about stories that should be made into TV shows or films. This week, Trey Williams joins us to talk about the strange case of Raphael Samuel, whose story — including the breakfast conversation — is told in this BBC account.

The true story parallels the Lebanese film “Capernaum,” in which a streetwise 12-year-old runaway sues his negligent parents for the life they’ve given him. It is up for an Oscar for Best Foreign Language Film.

He believes in the concept of anti-natalism, which holds that life is so unhappy that people should stop procreating. Or is he making a stealth argument against overpopulation?

Samuel’s mother, Kavita Karnad Samuel, said in a statement: “I must admire my son’s temerity to want to take his parents to court knowing both of us are lawyers. And if Raphael could come up with a rational explanation as to how we could have sought his consent to be born, I will accept my fault.”

Sounds like a crackling courtroom drama, right? We think it could be a little like “Downsizing,” in the way the underrated Alexander Payne film used absurdity to make very real points about economic scarcity. “Downsizing” imagined people shrinking in order to live in prosperity. A movie about Samuel — or a character inspired by him — wouldn’t have to ask audiences to buy in on a sci-fi concept, because it’s all real.

Or… is it? We also explore the possibility in the podcast that Samuel is only threatening to sue his parents to make a point, the way The Satanic Temple uses devilish imagery to argue for the separation of church and state, as detailed in the fantastic new documentary “Hail Satan?”

Also: Please note that Williams, our special guest, has a 100 percent-perfect “Shoot This Now” record of predicting movies that should be made into films. Last year, he pitched an idea for a film about Robert Smalls, who seized a Confederate ship to free himself, his family and his friends from slavery. Now it’s being made into a movie called “Sail Away.”

Whatever your take — and you’ll almost certainly come away with a strong one — we hope you like the latest episode. Feel free to share your thoughts on Apple, the ideal way to let us know what you think.