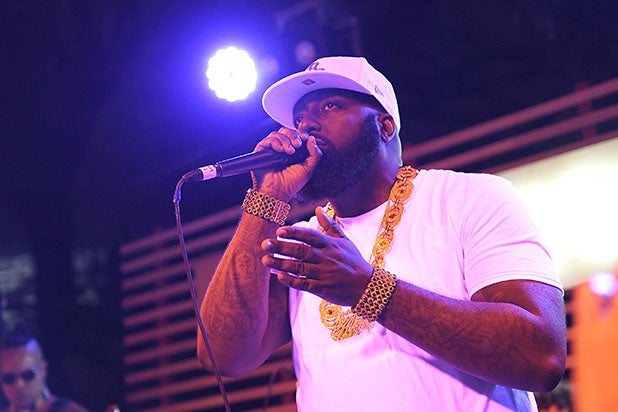 Amid the tragedy of Hurricane Harvey, Texas residents have turned to one another to provide aide and assistance, resulting in a number of news stories about the generosity displayed by the people of Houston and surrounding areas over the past few days.

The latest was shared by NBA player Jonathon Simmons, who recounted being rescued from his shelter by Houston-based rapper Trae Tha Truth after running out of food.

Simmons, who previously played for the San Antonio Spurs and recently signed with the Orlando Magic, told NBA.com that he had taken shelter at a friend’s house with enough supplies for a three day stay, but found himself in a predicament when they had to take in another group of people.

“I had bought all of these air mattresses and covers and blankets and food and water for everybody,” he said. “We were good for three days, but my other friend’s house had started getting flooded early, so he came there to the house, too. So that gave us another 11 extra people and most of them were kids. We had to let the kids eat first, so most of the last two days it was kind of rough [without food].”

“There was at least 20 people in the house and probably eight of them were kids,” he continued. “When I was little, my mom always kept the fridge full of stuff [during hurricanes]. This time, I ate a pack of ramen noodles and that’s all for like a day-and-a-half.”

Luckily, Simmons and the others were rescued by a boat sent for Trae, with whom he shares a mutual friend. But he and his family still had a ways to go before they were safe from the flooding. He recounted having to “ride a boat, walk through muddy water and ride on the back of a dumpster truck for like five miles” before making it to shelter.

“It’s devastating,” Simmons said. “Luckily, none of my family was seriously affected, but I see a lot of my friends suffering and that’s difficult. But I’m also proud of how the city of Houston has come together to help one another. On the upside and the brighter side, there’s that seeing how people have been there to help one another.”