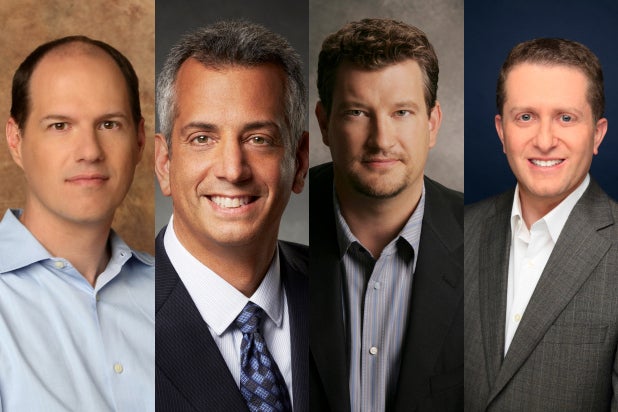 But even ratings can be parsed and manipulated: a certified bomb can look like a hit when you only consider only primetime women 25-54,  watching ad-supported cable on Saturday nights. Or men 18-34 not watching sports.

Every network pulls some shenanigans to puff up their shows. So we asked some top executives to tell us what criteria for success they value, and what they see no value in — bearing in mind, of course, that they reserve the right to keep using all of them.

A little background: Today, there are more metrics than ever to measure and report a show’s reach and value to advertisers. Metered market household ratings (56 markets) come in first, the morning after a show airs, followed by fast nationals which give preliminary measurements of total viewers and viewers in the key 18-49 demographic. Live + 3 ratings gauge viewership over three days to account for DVR airing, and Live + 7 covers the week.

Once the early ratings were gospel. They’re still watched as closely as first weekend box office grosses are in the movie world. But advertisers buy time based on secret C+3 numbers — the ratings for the commercials over three days, which aren’t necessarily as high as Live + 3 ratings that measure shows themselves.

Of course, throw in local affiliates — NBC , for instance, has 234 — and it becomes even more complex.

So TheWrap set out to make some sense of the whole thing — or at least not muddy the waters further.

TheWrap: What is the most inaccurate or least valuable metric you’ve seen?

Jeff Bader, president, program planning, strategy and research, NBC: “I don’t think it’s a question of inaccurate. No one really puts out anything that isn’t true — there just might be a lot of caveats to it. You can spin it anyway you want.”

Andy Kubitz, executive vice president, program planning & scheduling, ABC: “As time is proving, the dependency on live plus same day ratings is reducing. I think some of the social media stuff … it’s not actionable. On a decision-making process, can we pick the show up because of high social engagement? We’re not there yet.”

Harrison, Fox:  “I think 18-49 is still king. [But ratings have] become a three-dimensional chess game.”

Kahl, Fox: “I think 18-49, maybe 5-10 years ago, it was a good marker for how a network is doing, how much money [it’s] going to make. If you read your trades, and even some of the consumer trades, you would think 18-49 is the only demo. It’s a good shorthand but still doesn’t tell the overall story.”

How is your network handling time-shifting?

Harrison, Fox: “I don’t think 10 years ago anybody imagined the number of streams of data that we see today. I do believe that some point on broadcast you’re going to see a +100 percent on a real show — and not [from] a flop that got a 0.2 to a 0.4.”

Kubitz: “We place a lot of importance looking at L+3 — mainly because that’s the first one you get. L+7 you get 7 days later ….  It’s a little too late to move our marketing dollars around.”

How is Nielsen adapting to the changing climate?

Harrison, Fox: “I think Nielsen doesn’t move as quickly as we would like them to move.”

Kubitz: “Nielsen needs to move quicker. … They need to figure out, if they’re going to be the currency of the future, they have to be everywhere.”

Kahl, CBS: “The Twitter ratings are very interesting, but I still think they have an odd multiplier. Their numbers seem a little inflated to me. Until they can tell me who actually looked at a tweet versus who a tweet passed by on the screen … I’m a little skeptical.”

Harrison, Fox: “They give us a picture of how fans engage on Twitter, but that doesn’t give us insight into off-air engagement on other platforms — digital or analog. And there’s no clear monetization on Twitter right now, which is the most important component of a rating.”

Kubitz: “The ratings on Twitter really just tells you who has the loudest following. But it really doesn’t tell you if you’re successful.”