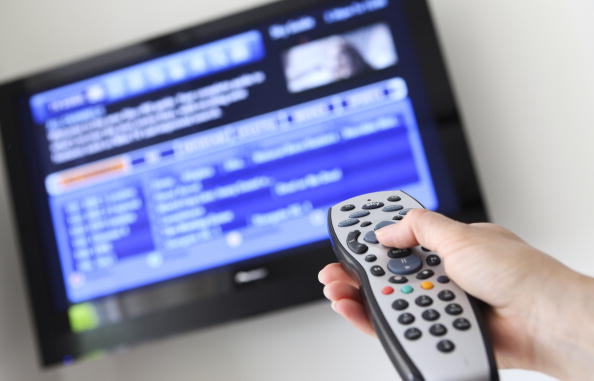 Advertisers have caught up to your viewing habits.

As consumers watch more and more shows on DVR, broadcasters are looking forward to new technology that will allow them to provide up-to-the-minute ads on shows you recorded days ago. No longer will you see promos for sales that have already happened, or heralding the premiere dates of movies that have come and gone.

All of the Big 4 networks told TheWrap that while the don’t have a timetable, the technology will be here soon.

“And it’s good for all involved,” promises a CBS spokesman.

Granted, old ads are one of the less-pressing First World problems. But we’ve all felt the disorienting feeling they provide. We record a show on Thursday – let’s say, “Parks and Recreation” – and watch on a Tuesday. And then we see an ad for “Grimm,” airing tomorrow. But Grimm isn’t airing tomorrow. Tomorrow is Wednesday. Grimm aired on Friday, and we missed it. The ad is past its expiration date.

The problem is especially acute for the movie ads that fill Thursday nights. Studios want big Friday openings for their films. But by the time DVR viewers watch the ad for a film, it might be too late for them to help give it a splashy opening.

The “ad insertion” technology could make expired ads a thing of the past. Online ads – including on some TV apps – are already up-to-the-minute. And many video on demand shows feature ads that don’t need to air within a particular timeframe.

The new technology could change the way advertisers buy time from broadcasters. Right now, they pay based on C+3 ratings – the number of people who watch the commercials for a given show within three days of it airing. Extending ads’ lives by swapping them out could extend the selling period, said Brad Adgate, senior vice president of research at Horizon Media.

“Once the ad window closes, they could change the ads and they could sell it that way,” he said. “It’s a way to make more ad revenue. If someone’s watching it and Nielsen can measure it, I don’t think they would have a problem.”

One network insider told TheWrap that networks would eventually like advertisers to buy ads based on a C+7 rate, the number of people who watch a given show’s commercials over a week. It will be an easier sell when networks can offer advertisers more options.

But wait, you might say: How can a network change the ads on a show I’ve recorded?

Because unlike a VCR, your DVR player doesn’t keep shows on a box in your home. The shows are stored by your cable company, which would be responsible for swapping in the new ads. Networks would then presumably pay them for the extra work involved.

The technology might be jarring to some consumers – but perhaps not as jarring as seeing old ads.

“A lot of viewers would rather see more relevant ads,” Adgate said.