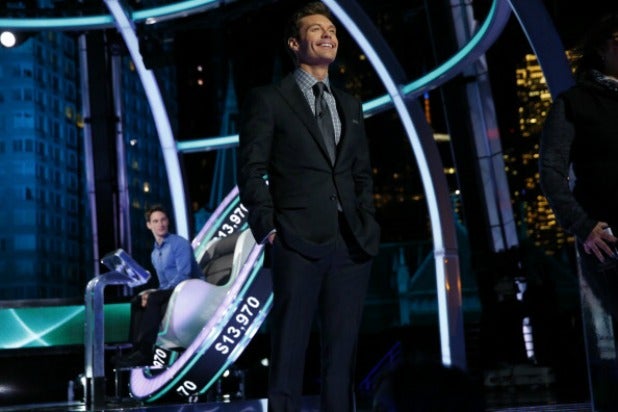 CBS’s “Big Brother” has easily topped “Million Second Quiz” in the ratings. But George Orwell’s Big Brother might look admiringly at how much personal information NBC was able to gather through the show’s app.

More than 300,000 people played online and answered a series of questions about their habits and foibles in hopes of getting on the show.

NBC says it is not sharing the information with advertisers, who want to tailor their messages as specifically as possible, but may use it to help decide what kinds of shows and ads to offer.

To get on the show, hopefuls who might have hung up on pollsters or telemarketers fielded such questions as, “Tell us about the most important relationships in your life,” and “What would your friends say are your worst qualities?”

They were asked about their highest level of education, their cell phone providers, whether they owned a lucky charm and what it was, and what clubs they belonged to. They were asked if they had experienced any setbacks in life, and whether they considered themselves street smart or book smart.

Don’t worry, the network says: It doesn’t plan to do anything nefarious with the answers to all those questions.

“We don’t need to do anything with it because it’s obviously sensitive data, but we got a really good insight into the kinds of people who would use these kinds of goods and services,” Paul Telegdy, NBC’s president of alternative and late night programming, told TheWrap.

Also read: Can ‘Million Second Quiz’ Contestants Use Drugs? And 4 Other Questions

NBC didn’t trick anyone into sharing their private thoughts: The applicants were trying to get on television, where they likely would have shared their stories with millions of viewers anyway.

But they probably didn’t realize NBC might also mine the data for insights into their backgrounds and viewing habits, said Marc Rotenberg, director of the Electronic Privacy Information Center.

“I would imagine that most who applied to be on the show thought this would be used for that purpose and that would be the end of it. They may be surprised that not only does the company hold onto the information, but they’re using it for other purposes,” he told TheWrap. “That’s a privacy issue even for people willing to disclose a lot of personal information.”

The application form, which consists of two pages of questions and four pages of legal language, doesn’t mention that answers might be used for internal research. But the privacy policy within the show’s app, which leads to the application form, says NBC may “use anonymous data in aggregate form for purposes of research or analysis.”

Also read: Ratings: ‘X Factor’ Slightly Up, ‘Million Second Quiz,’ Not So Much

“‘The Million Second Quiz’ app contains a privacy policy that all users must opt into,” an NBC spokeswoman told TheWrap. “All data that is acquired, including any information that is used for research or other purposes, is utilized in accordance with the terms of that policy.”

Paul Stephens, director of policy and advocacy for the consumer group the Privacy Rights Clearinghouse, said NBC was probably on firm legal ground.

“The question is how transparent are they being about this use? If they have it buried in a long privacy policy, the majority of users are not going to realize that they are making this unexpected of their information,” he told TheWrap.

He said many apps make similar use of user information, so users shouldn’t download anything without understanding how their private information might be used.

NBC has already used the “Million Second Quiz” data to get a sense of who watched the show and played along at home. It may start seeking similar information for other shows.

“We really, really like the quality of audience associated with the online world as it blends with broadcast television,” Telegdy said. “It’s eye-opening. It really is. … It gave us a very, very detailed look at what our future holds. And that’s extremely valuable to a company [whose] prime revenue source is advertising.”

NBC could use the data to help it decide what kinds of shows it airs in the future, and how to integrate advertising into those shows, Telegdy said. It could also help decide how to add to the online second- and third-screen experience.

NBC has used the data to stay in touch with the show’s fans, and may also use it to promote other shows. More than half of the 300,000 applicants for “Million Second Quiz” agreed to receive other communications from NBC.

Here’s how NBC gathered the data: The app, released weeks before the show began, let viewers play each other to rack up points and qualify to be “line jumpers” – people eligible to win a spot on the live competition. Of the 430,000 who qualified, 300,000 filled out the entry form.

NBC hasn’t yet made a decision about whether to renew “Million Second Quiz” for a second season. The show has averaged a meager 1.1 rating in the key 18-49 demographic, and 4.7 million total viewers.

“We don’t know yet,” Telegdy told TheWrap. “We haven’t done a postmortem as a company across all areas … So much positive has come out of it that of course we have to be very, very considerate of how we move forward.”

You can read the application here: