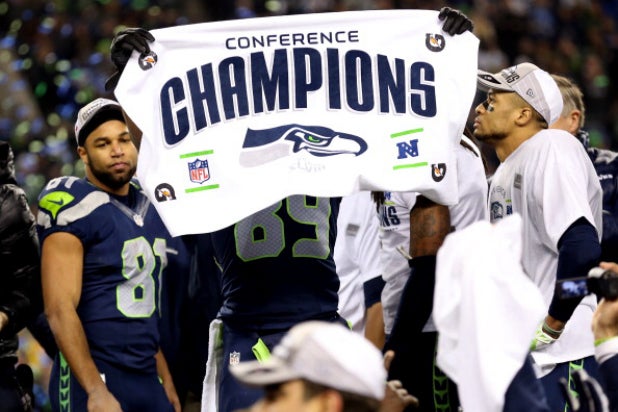 Another benefactor of the close game, in which the Seattle Seahawks punched their ticket to Feb. 2’s Super Bowl, was Fox’s Season 2 premiere of “The Following.” With the coveted lead-in, the Kevin Bacon thriller was up 38 percent from last season’s debut, despite an 18-minute telecast delay.

According to the very preliminary overnight ratings numbers, the NFC Championship Game was up 19 percent from last year. Those numbers are subject to change when time-adjusted fast nationals come in for the NFL game. TheWrap will report those numbers early this afternoon.

CBS, ABC and NBC all tied in ratings with a 0.9. CBS had 5.7 million viewers, ABC had 4.3 million, NBC had 3.5 million. All new shows on the three networks were down to varying degrees of significance versus the stiff Fox competition.