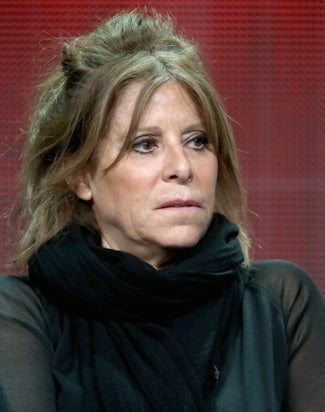 “Ray Donovan” creator Ann Biderman has stepped down as showrunner, an individual with the knowledge of the situation told TheWrap.

Executive producer/writer David Hollander (“The Cleaner”) is currently in talks with Showtime to step into the role. Hollander has penned four episodes of the premium cable hit.

Mark Gordon and Bryan Zuriff will stay on as executive producers.

The move comes following two seasons with Biderman (pictured above) at the helm of the Liev Schreiber drama. She will continue on the show as a creative consultant, Showtime President David Nevins said in a statement.

“Ann Biderman is a uniquely gifted writer and creator,” Nevins said. “She has done great work on ‘Ray Donovan’ from her very first pitch through the first two amazing seasons. We look forward to continuing our relationship with her.”

“Ray Donovan,” stars Schreiber in the titular role, as a professional “fixer” for the rich and famous in Los Angeles, who can make anyone’s problems disappear — except those created by his own family.

Last week, “Ray Donovan” was renewed by Showtime along with “Masters of Sex.”

The series were renewed for 12 episodes with production scheduled to begin early next year.