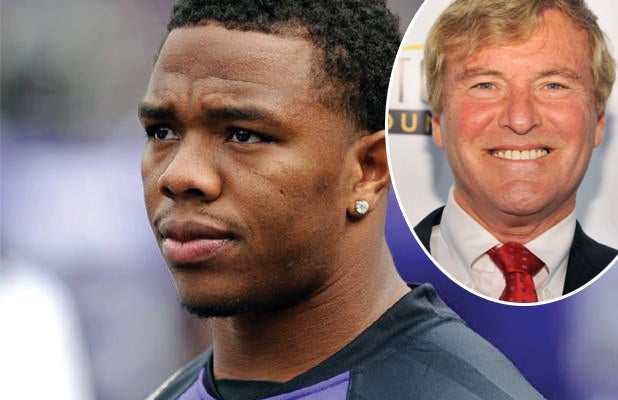 If Ray Rice is reinstated and allowed to play in the NFL again, many people will be surprised and outraged. NFL agent Leigh Steinberg is not among them.

Rice will have his indefinite suspension appeal heard by a U.S. district judge Wednesday and Thursday in New York. As the former Baltimore Ravens running back seeks to re-enter the league following a domestic abuse incident against his then-fiancée that made national headlines, Steinberg believes Rice’s career in the NFL isn’t over.

“Not withstanding how horrific a night he had, and how distasteful domestic abuse is, second chances are often given in professional sports,” Steinberg told TheWrap. “He’s got an excellent chance to be reinstated.”

Steinberg, the inspiration for the Tom Cruise character in the 1996 movie “Jerry Maguire,” said that if an athlete owns responsibility, expresses genuine regret and takes steps toward rehabilitation, it’s possible to reclaim his or her career.

“The real question is, can Ray Rice help a team on the field and does he bring added value on the field to a team?” Steinberg said. “Football tends to be a meritocracy in that way. Sports generally give a second chance — depending on how valuable he is in a football sense.”

Still, even if Rice sees another NFL field, Steinberg knows that questions will continue to hover over him — football-related and otherwise.

“With the case of Ray Rice … is he taking the anger management courses, has he gone through sensitivity training with domestic violence, has he made an effort to be involved as a role model to counsel people not to make his same mistake?” Steinberg said. “Is Ray Rice as a running back someone whose best days are behind him? That’s a position where he had already exceeded the NFL norm in terms of productivity in respect to the years he played.”

According to Steinberg, the NFL, which is in the process of putting together a new domestic violence policy, “needs to prove that whatever Rice told league officials in the initial hearing was either contradictory or incomplete to the point that something new emerged on viewing of the second tape.”

With Rice, NFL Commissioner Roger Goodell and members of Ravens brass set to testify under oath, new details surrounding Rice’s punishment — and the conversations that preceded it — could emerge during the hearing.

Steinberg told TheWrap, “Rice maintains that he told the commissioner everything, and then later you have (Ravens general manager) Ozzie Newsome saying that Rice told them everything. What was new in the release of the second tape? Was it public reaction to the visuals in tape two that motivated a harsher punishment? And is that, in point and fact, the basis for further discipline? Someone has to weigh the credibility of those stories.”

In the eyes of some, the domestic violence furor that gripped the NFL in the season’s first several weeks — and became a national scandal — has largely passed. Still, Steinberg believes “this is not a hearing the NFL is looking forward to.”

He said, “The NFL is in the midst of one of [its] most dominant, profitable seasons ever. They have a week this year where the seven top-rated shows were nighttime NFL football, which is unprecedented in the history of television — that any one type of entertainment would be that dominant, much less it would be nighttime pro football.

“That means that (NBC’s) ‘Football Night in America,’ which is a pregame show — not a real ratings grab — outranked like 80 other television shows. This is between viewing, attendance, fantasy sports, memorabilia — they’re in the midst of a veritable bonanza and dominating American taste. So the last thing in the world that the league needs is this hearing, which has the potential to reignite all of the issues that a couple months ago engrossed football.”

The numbers back up Steinberg’s point. “Monday Night Football” viewership on ESPN is up 7 percent this season and has consistently won primetime on Mondays. Through the first eight weeks (nine games), “MNF” averaged 13.99 million viewers.

If Rice is reinstated, it remains to be seen how the general public will respond.

“I think it will spur a reigniting of some of the public outrage,” Steinberg, who has over 40 years of sports business experience, told TheWrap. “Now that anger, to be clear, never seemed to affect the popularity of the actual NFL games for television broadcast.”

Should Rice sign with another NFL team, the reaction from fans “will be a generalized anger,” the chairman and CEO of Steinberg Sports & Entertainment said. “But that won’t affect NFL TV ratings, attendance, fantasy football or anything else,” he added.

Steinberg referenced data that shows the rates of domestic violence among NFL players are not higher than their non-athletic peers. But that doesn’t guarantee any positive outcomes in the court of public opinion. The league is beginning to emerge from the fallout that began with its handling of Rice’s domestic abuse situation just when it must prepare for the uproar that could result if Rice joins an NFL roster.

“It’s rare to see a sports issue eclipse the narrow group of hardcore sports fans and become water-cooler and beauty parlor discussion,” Steinberg said. “This one has. Certainly it would be in the interest of the NFL to diffuse it as quickly as possible.”