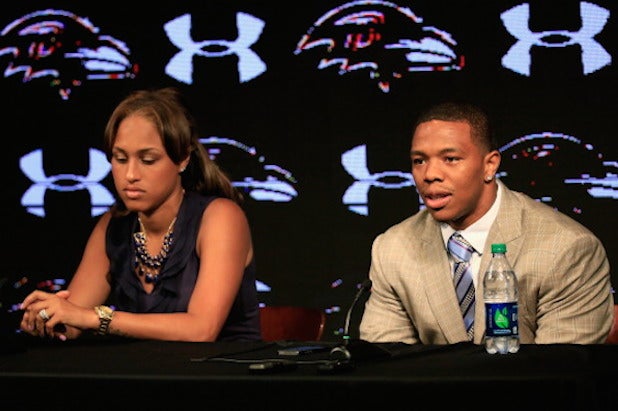 As the nation recoiled in horror at the video showing NFL star Ray Rice beating and dragging her around an Atlantic City casino, Janay Rice was defending her husband on Instagram.

“I woke up this morning feeling like I had a horrible nightmare, feeling like I’m mourning the death of my closest friend,” Janay Rice wrote, referring to TMZ’s publication of the elevator surveillance video that led to her husband’s termination by the Baltimore Ravens and suspension by the NFL.

Monday was indeed a nightmare for many, including the NFL, which had to eat even more crow about the way it handled the Rice situation in July — its initial two game suspension drew much criticism, even before the tapes surfaced — and faced questions over whether it knew the tape existed when the first sentence was handed down.

Evidently, Janay was not among the people who thought that the two game ban was too lenient. Read her comments, originally posted on Instagram, below:

“I woke up this morning feeling like I had a horrible nightmare, feeling like I’m mourning the death of my closest friend. But to have to accept the fact that it’s reality is a nightmare in itself. No one knows the pain that hte media & unwanted options from the public has caused my family. To make us relive a moment in our lives that we regret every day is a horrible thing. To take something away from the man I love that he has worked his ass of(f) for all his life just to gain ratings is horrific.

“THIS IS OUR LIFE! What don’t you all get. If your intentions were to hurt us, embarrass us, make us feel alone, take all happiness away, you’ve succeeded on so many levels. Just know we will continue to grow & show the world what real love is! Ravensnation we love you!”