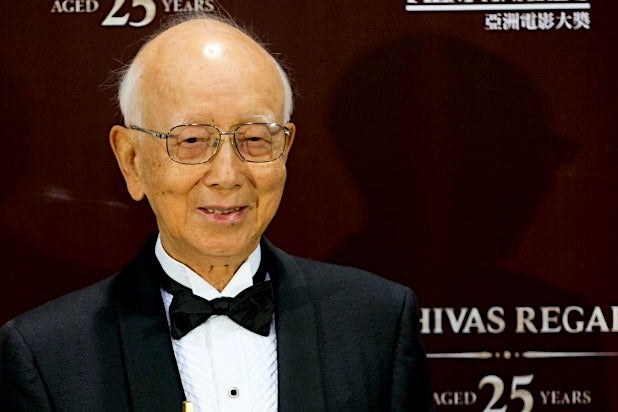 Raymond Chow, the man credited with introducing the world to Bruce Lee and Jackie Chan, has died at the age of 91, according to the Associated Press.

Chow, also responsible for bringing “Teenage Mutant Ninja Turtles” to the big screen, was the founder and chairman of Golden Harvest Company, which released hundreds of martial arts films — especially during the golden era of Hong Kong filmmaking — including the seminal Lee-led “Enter the Dragon,” as well as Chan’s “Police Story.”

In a statement to the AP, Hong Kong secretary for commerce and economic development, Edward Yau, said that Chow “helped nurture a pool of Hong Kong talents and brought them to the international stage.”

Chow, who studied martial arts under the famed Lam Sai-wing, began his career as a journalist before joining one of Hong Kong’s largest film studios at the time, Shaw Brothers. There he served as head of publicity and as production chief from 1958 to 1970.

After leaving Shaw Brothers, Chow founded Golden Harvest in 1970. The company would go on to lead Hong Kong box office sales in the 1970s and the 1980s, according to Yingchi Chu’s book “Hong Kong Cinema: Coloniser, Motherland and Self.”

In addition to “Enter the Dragon” and “Police Story,” Golden Harvest produced films such as “The Cannonball Run” starring Burt Reynolds, Roger Moore and Farrah Fawcett; “Wheels on Meals” and Jet Li’s “Once Upon a Time in China.”

Golden Harvest made its last film in 2003, then served as a distributor for a number of films through 2014, according to IMDb.