Fox News says Gretchen Carlson sent handwritten letters to Fox News boss Roger Ailes pleading for more airtime in the days and weeks after the date she claims he sexually propositioned her.

The letters, which the network provided to TheWrap, could aid Fox’s legal defense by raising the question of why she would want to work for someone she accuses of repeatedly harassing her. Carlson did not respond to a request for comment late Thursday, and her representatives said no one was available to comment.

Carlson, the 50-year-old former co-host of “Fox & Friends,” sued Ailes on Wednesday, claiming “severe and pervasive sexual harassment” extending back to at least 2009. The suit claims Ailes directly propositioned her on September 16, 2015, saying: “I think you and I should have had a sexual relationship a long time ago.”

Ailes called the charges false and said the suit is retaliation for dropping her contract in June due to what the network claims were disappointing ratings for her afternoon show “The Real Story.”

The letters reveal a TV personality anxious to grab more screen time, emphasizing her loyalty and gratitude for past support.

“I’ve been a loyal employee whose [sic] worked really hard at Fox for more than 10 years,” Carlson wrote on a thank-you card dated September 21, 2015 — a week after she now says Ailes propositioned her.

In the same letter, she asks Ailes for time on “The O’Reilly Factor” and “Fox & Friends” “to promote my show.”

The former Miss America, who joined Fox News in 2005, added a hopeful postscript with a smiley face: “[Fox News personality Bill] Hemmer & me at 7 p.m.?”

Another note, dated October 9, said she was sending along ideas for prime-time specials and added: “I hope you’ll reconsider me filling in for Greta [Van Susteren] or Megyn [Kelly].”

On November 11, she wrote a note asking Ailes to consider using her for analysis on Fox News’ coverage of the presidential debates. “I know I wouldn’t let you down,” she wrote.

Here are the letters: 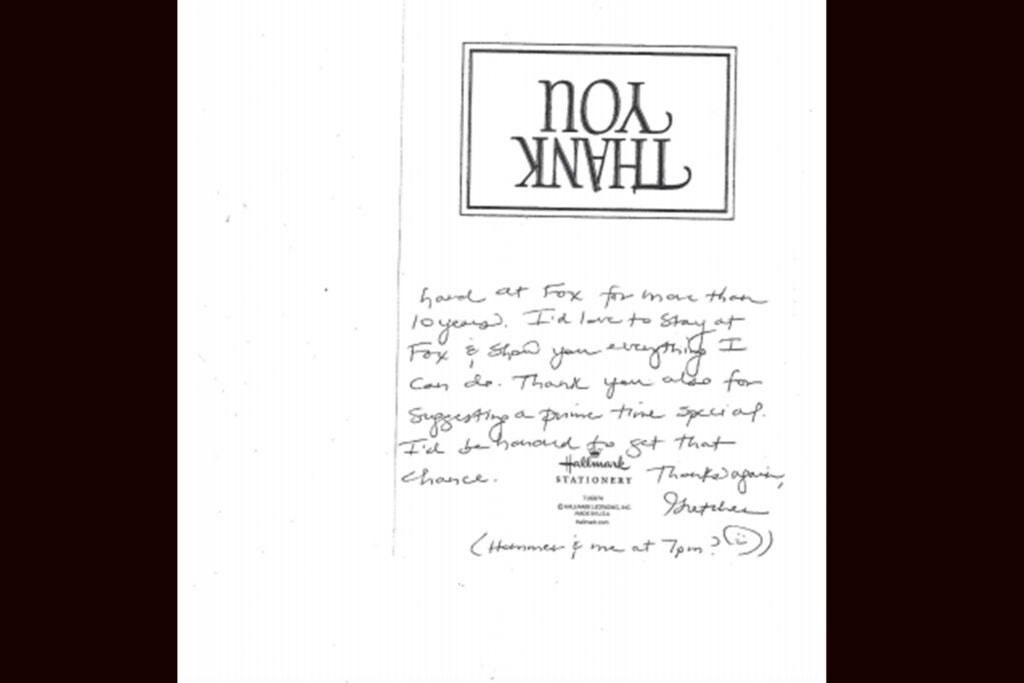 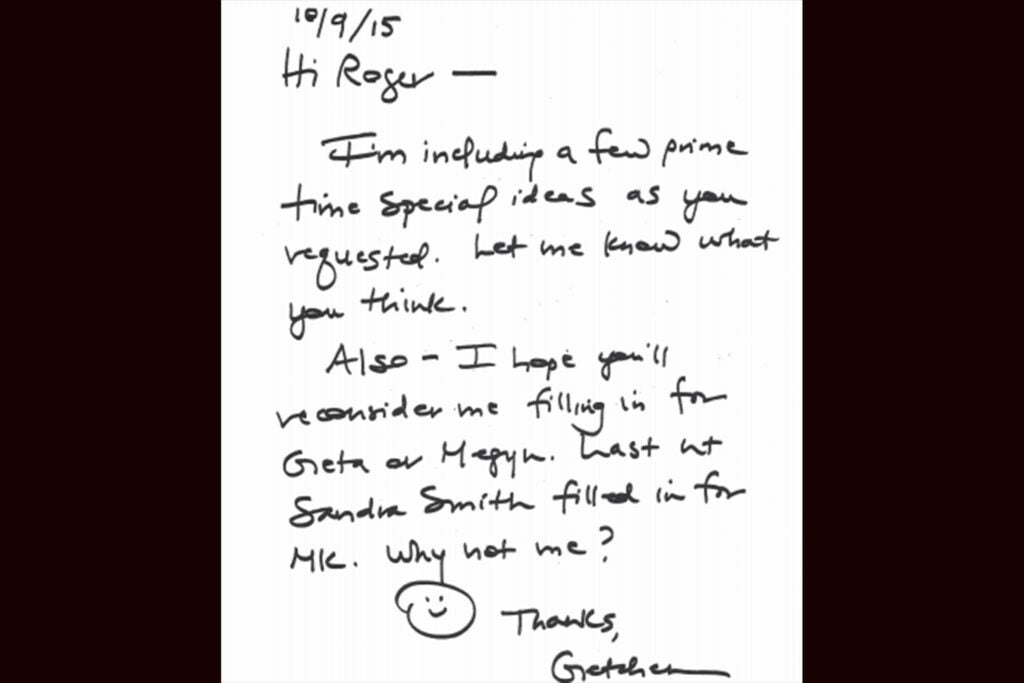 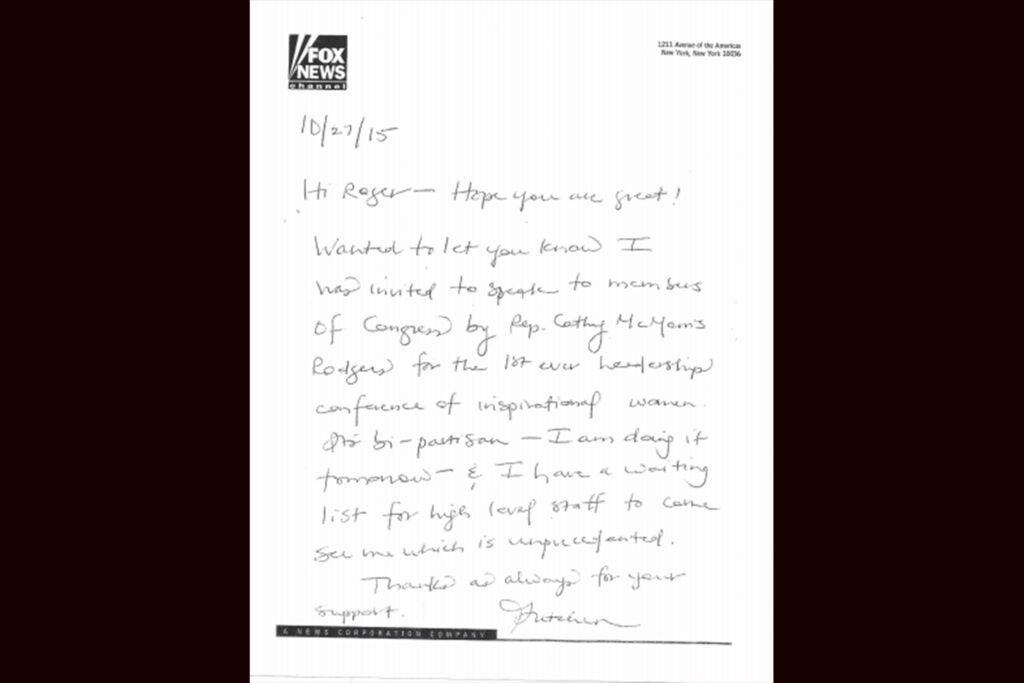 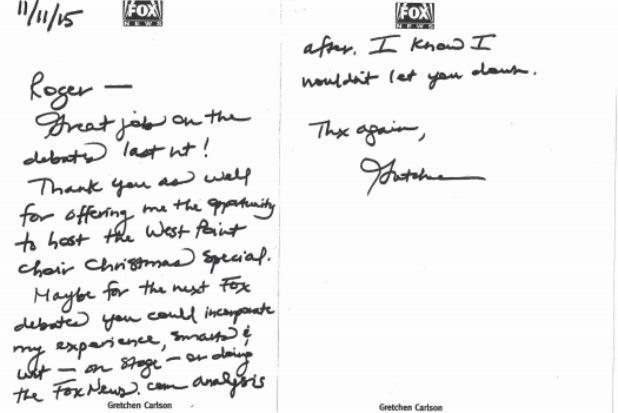 Brian Flood contributed to this story.