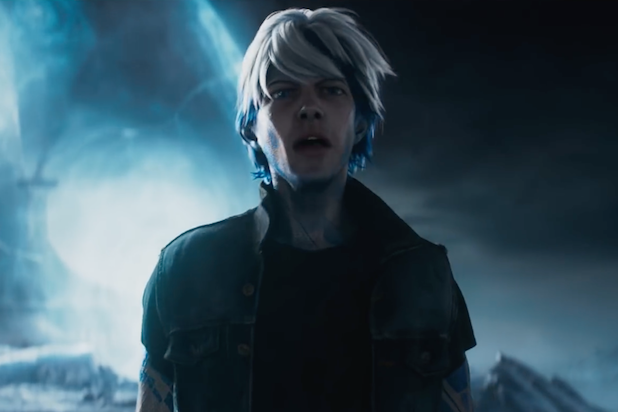 Steven Spielberg’s “Ready Player One” is off to a solid start at the box office this Easter, posting a four-day domestic start of $53 million from 4,234 screens and a worldwide box office start of $181 million.

Prior to the weekend, trackers were split on how the Warner Bros./Village Roadshow production was going to perform, with some being more pessimistic with $40-42 million while others projected $55-60 million.

“Ready Player One” is hitting the upper end of that range, thanks in large part to an aggressive marketing campaign by Warner that included a maze for fans of Ernest Cline’s book on Hollywood/Vine and a massive world premiere and VR installation at SXSW.

Unveiling the film at SXSW ended up being a smart move, as the film has since enjoyed a wave of positive word of mouth that has continued to this weekend with a 76 percent Rotten Tomatoes score and an A- from audiences on CinemaScore. With a $175 million budget, “Ready Player One” will need that good word of mouth to keep it afloat at the box office through April.

Overseas, China did much of the heavy lifting as expected with $61.7 million, the highest ever opening for a WB release in that country and accounting for 48 percent of the film’s $128 million international start. Globally, “Ready Player One” made $19.1 million from IMAX screens, with $6.6 million coming from 405 domestic locations and $7.2 million from China.

The action film also marks the best opening for a Spielberg film since 2008’s “Indiana Jones and the Kingdom of the Crystal Skull,” which bowed with $100.1 million on its way to a $317 million domestic gross.

In second place is “Tyler Perry’s Acrimony” with $17 million from 2,006 screens, a good start for the Lionsgate release that’s slightly above projections. Opening night audiences were 75 percent female according to CinemaScore, with a grade of A-. While Perry is mostly known for his comedies, “Acrimony” is a thriller starring Taraji P. Henson as a wife striking back at her unfaithful husband.

“Black Panther” takes third place with $11 million in its seventh weekend, pushing its enormous domestic cume to $650 million. This week, it will pass “Jurassic World” on the all-time domestic charts, as well as “Titanic,” which has an unadjusted total of $659 million.

Globally, “Black Panther” has $1.27 billion, passing last year’s “Beauty and the Beast” remake on the all-time charts. This week, it will pass the $1.277 billion made by “Frozen” to become one of the top ten highest grossing films of all time.

In fourth place is Roadside Attractions/Lionsgate’s “I Can Only Imagine,” which has won the Easter battle among faith-based films despite being in its third weekend. With $10.7 million this weekend, the film now has a total of $55.5 million. That’s a new studio record for Roadside Attractions, passing the $47.6 million it earned last year for the Oscar-winning “Manchester By The Sea.”

Also Read: Wakanda Over Everything: How the Fictional Country of 'Black Panther' Might Exist in Real Life (Bonus Podcast)

Completing the top five is Universal/Legendary’s “Pacific Rim: Uprising,” which has taken a hard fall in its second weekend with $9.2 million, a 67 percent drop from its $28 million opening. The sequel now has a global total of $232 million, with just under $90 million made in China, where Legendary East is distributing.