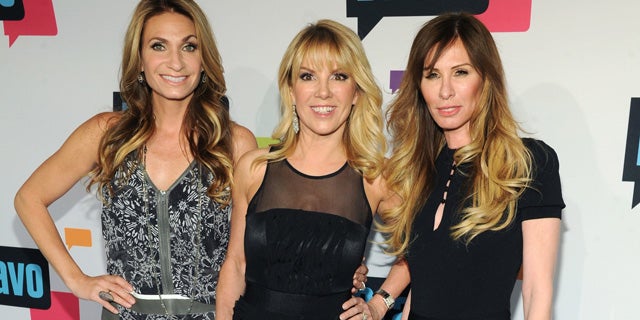 Three ladies are in and three are possibly on their way out. That’s the scenario on the upcoming sixth season of Bravo’s “The Real Housewives of New York.” Déjà vu, anyone?

With upfront presentations for advertisers this week, Bravo caused a stir when only three of the “RHONY” women appeared on the red carpet: Ramona Singer, Carole Radziwill and Heather Thomson.

Bravo confirms to TheWrap that the three women have officially signed on for the upcoming season – reportedly set to begin filming in a few weeks.

That leaves LuAnn DeLesseps, Sonja Morgan and Aviva Drescher in the lurch. The women aren’t out – yet. Negotiations continue — reportedly, the trio is wrangling for higher paychecks.

Fans are well acquainted with DeLesseps as she has been with the series since its beginning. Morgan joined the franchise on Season 3 and Drescher came on last season.

Of course, this cast shakeup hearkens back to 2011’s bloodbath when the network fired Jill Zarin, Alex McCord, Kelly Killoren Bensimon and Cindy Barshop – the franchise’s biggest recasting. Radziwill, Thomson and Drescher replaced them on Season 5 in an effort to change the energy of the series.

Update: A Bravo insider clarified that Singer, Radziwill and Thompson accepted their offers in principle, but their contracts had not been finalized.