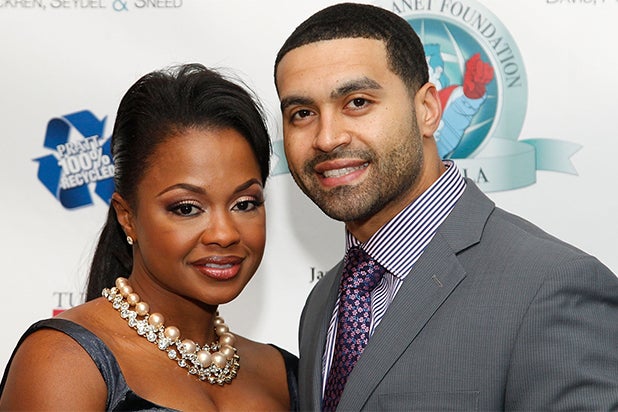 One “Real Housewives of Atlanta” relationship is not strong enough to survive a prison sentence, according to one half of Apollo Nida and Phaedra Parks. Nida was sentenced to eight years in prison after pleading guilty on charges of conspiring to commit mail, wire and bank fraud, and as he tells Atlanta’s B100 radio station, he doubts his marriage will survive it.

“It’s hell. Hell on wheels,” Nida answers on how his legal battle has affected his family life. As for whether or not his relationship will survive, Nida says, “I doubt it. I mean, my wife didn’t even f–king show up for my sentencing. So you know, I’m still kinda salty about that.”

Nida has also been ordered to play $1.95 million, with various amounts going to, among many others, JP Morgan Chase (to which Nida owes $828.000), the IRS, Delta Airlines, and the states of California, Connecticut and Texas.

“I’m still human,” he says. “At the end of the day, I am remorseful. I love my kids, and coming from a non-mother, non-father household, I feel the most sad and disappointed that I let my little man down. But at the end of the day, it is what it is. You gotta pay — contribute to the piper, do what you gotta do and come on back, be graceful about it and keep your head high.”

This drama will likely unfold in season 7 of “The Real Housewives of Atlanta,” as the entire cast is likely to return when the show premieres in November.