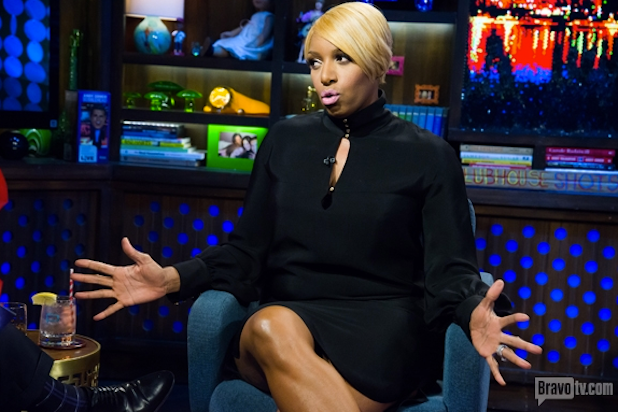 “Real Housewives of Atlanta” star NeNe Leakes has not yet made good on a promise she made last May to donate $20,000 to the Detroit Public Schools Foundation.

While appearing on Bravo’s “Watch What Happens Live” on Sunday, host Andy Cohen inquired about the status of the donation, to which Leakes replied, “Didn’t the statute of limitations run out on that?”

“Was there a statute of limitations?” Cohen asked.

“Well, it was a long time ago. How about that?” Leakes replied. “The statute of limitations does run out on things. Just because she donated, I donate when I want to. And I would need proof of that because we know she’s known to tell a few lies.”

The pledge came after the two started fighting over Leakes’ behavior at one of Moore’s charitable events. To resolve the issue, Leakes made a proposal.

“Let’s put our differences aside for a day of charity,” Leakes said. “You pick the charity of your choice. I will donate $20,000, and you match me.” Moore agreed to the donations, and chose the Detroit Public Schools Foundation.

While Moore took her time to follow through, and even canceled two planned presentation of the funds at Detroit’s Cass Technical High School, the former beauty queen posted a picture of a cashier’s check from Chase made out to the Detroit Public Schools Foundation. TMZ captured the photographic evidence, but it appears to have been deleted from Moore’s Twitter and Instagram accounts.

Both Moore’s publicist and Dr. Glenda Price, president of the Detroit Public Schools Foundation, confirmed to TheWrap that Moore made the donation on Oct. 16.

“Yes, we have received Kenya’s donation and look forward to NeNe fulfilling her promise,” Price said.

Watch Leakes explain her decision to withold a charitable donation, that was her idea, below: