The blood keeps flowing and spilling in the "Twilight" saga — both on and off screen.

First it was announced on July 28 that actress Rachelle Lefevre, who played rebel vampire Victoria in the hugely successful first "Twilight" film and the upcoming "New Moon," will be replaced by Bryce Dallas Howard when the third film, "Eclipse," starts production later this summer. 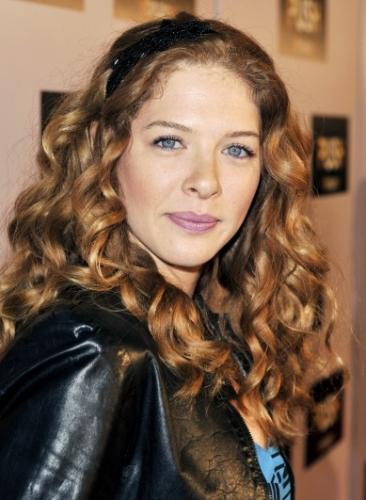 The reasons why the Canadian-born actress left or was cut depends on who you ask.

The point of contention is a 10-day overlap between "Eclipse" and another film she’s signed to, "Barney’s Version," with Paul Giamatti.

In a statement, the actress claimed she was "stunned by Summit’s decision to recast the role of Victoria for ‘Eclipse’" and "never did I fathom I would lose the role over a 10-day overlap."

In a specific point-by-point rebuttal Summit said Wednesday that:

* Ms. Lefevre’s representatives were advised as early as April that THE TWILIGHT SAGA: ECLIPSE was expected to start shooting in early August.

* If Ms. Lefevre was, as she describes “passionate,” about being part of THE TWILIGHT SAGA, we feel that she and her representatives would have included us in her decision to work on another film that would conflict with the shooting schedule of THE TWILIGHT SAGA: ECLIPSE.

* It was not until July 20th that Summit was first informed of Ms. Lefevre’s commitment to BARNEY’S VERSION, a commitment we have since been advised she accepted in early June.  Summit had acted in good faith that she would be available to fulfill her obligations both in terms of rehearsals and shooting availability for THE TWILIGHT SAGA: ECLIPSE. We feel that her choice to withhold her scheduling conflict information from us can be viewed as a lack of cooperative spirit which affected the entire production.

* Furthermore Ms. Lefevre took a role in the other film that places her in Europe during the required rehearsal time, and at least ten days of THE TWILIGHT SAGA: ECLIPSE’s principal photography.  This period is essential for both rehearsal time with the cast, and for filming at key locations that are only available during the initial part of production.

* Contrary to Ms. Lefevre’s statement, it is simply untrue that the Studio dismissed her over a ten day overlap.  It is not about a ten day overlap, but instead about the fact that THE TWILIGHT SAGA: ECLIPSE is an ensemble production that has to accommodate the schedules of numerous actors while respecting the established creative vision of the filmmaker and most importantly the story.

The fact remains that Ms. Lefevre’s commitment to the other project — which she chose to withhold from Summit until the last possible moment — makes her unfortunately unavailable to perform the role of Victoria in THE TWILIGHT SAGA: ECLIPSE.

This latest "Twilight" drama comes just days after stars Robert Pattinson, Kristen Stewart and Taylor Lautner made an widely anticipated appearance at Comic-Con 2009 in San Diego, where "New Moon" clips where shown to the fevered fans.

It is, however, is not the first time a Twilighter has bitten the dust … or come close.

First it was director Catherine Hardwicke, who after helming the first film adaptation of Stephenie Meyer’s vampire series suddenly left before plans for a sequel were finalized. Chris Weitz took over as director for "New Moon." In early December 2008, rumors abounded that Hardwicke and Summit had a tempestuous relationship but now it seems Hardwicke will be directing "If I Stay," a project optioned by Summit.

Just as the Hardwicke dust seemed to settle, the word was Taylor Lautner, who plays Jacob Black, a young Native American with secrets and powers of his own, wasn’t going to be invited back for "New Moon." The actor not only bulked up physically but also built up his acting chops to prove to producers that he could carry the weight of the expanded almost-leading-man role.

One can only wonder whose fangs and whose neck may be next — on either side of the table.