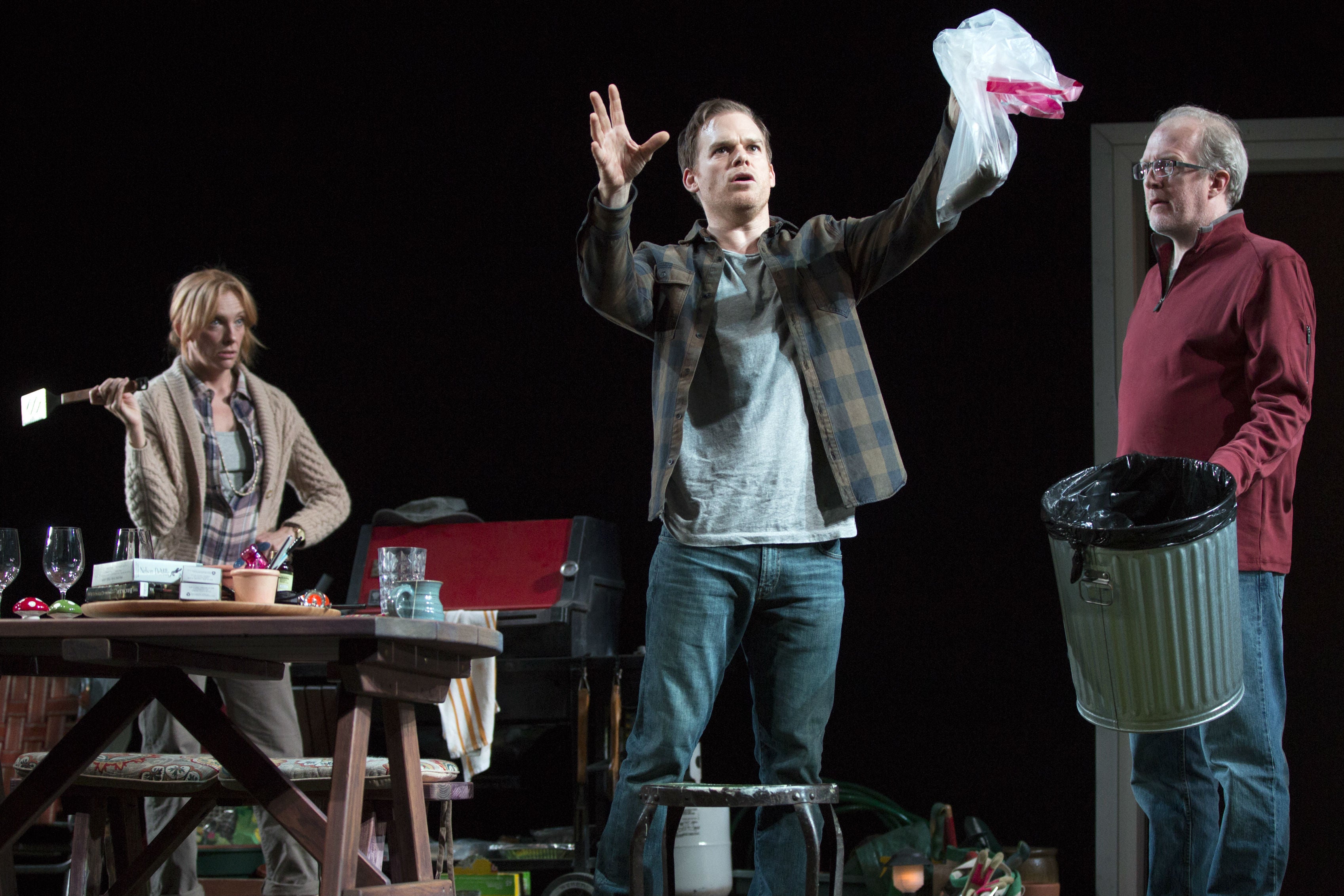 If someone can get a 90-minute play produced on Broadway, is it acceptable for critics to respond with a 90-word review?

I recently wrote that 90 minutes in the theater is the new three-act play. And there have been some good short plays that constitute a full, satisfying evening in the theater. Will Eno’s “The Realistic Joneses,” which opened Sunday at the Lyceum Theatre and marks his overdue Broadway debut, isn’t one of them, despite all the fine acting and writing talent on display.

The drama feels overextended even before its four characters settle into a final, whimpering contemplation of life, mortality, the cosmos, eternity and that owl hooting in the woods nearby.

Like the recent plays of Neil LaBute and David Mamet, “The Realistic Joneses” performs like a sketch that has been hung out to flutter in front of an audience. The hook here is modern drama’s favorite kick-starter: disease. The two male characters, John Jones (Michael C. Hall) and Bob Jones (Tracy Letts), are suffering from the same rare, degenerative disease. Bob’s wife, Jennifer (Toni Collette), knows about her husband’s illness. John’s wife, Pony (Marisa Tomei) – she calls herself Pony – has purposefully been left in the dark about her husband’s affliction. And yes, even though the two couples meet at the beginning of the play, they share the same last name. Clever.

Depending on whether they’re on or off their meds, the men make some very funny non sequiturs. Their dialogue isn’t just off-kilter, it’s way off center and into the stratosphere, and both Hall and Letts handle the dazzling wordplay with great deadpan wit. Why Tomei’s character indulges in this kind of verbal surreality remains the play’s big mystery. It also leaves Collette with one of the most thanklessly reactive roles in all of 21st century drama.

Also read: ‘Heathers: The Musical’ Theater Review: Singing and Killing People All the Way to the Prom

It’s all very quirky fun, for a while. Especially good is the two couples’ meet cute. No sooner do new neighbors John and Pony literally stumble into the other Joneses’ backyard, than she asks to use their bathroom. Then John asks if they happen to have a second bathroom. He soon departs to relieve himself, while Bob and Jennifer muse on the strangeness of having their house occupied by two total strangers. Fortunately, John and Pony just had to pee rather than steal something or murder somebody.

Eventually, the four of them get around to discussing Bob’s illness.

“Have you had experience with something like this?” asks Jennifer.

“I just didn’t want you to say any more,” says Pony.

It’s quirky, but nothing ages faster than quirky when the playwright doesn’t have a second act for his short one-act play.

About halfway through “The Realistic Joneses,” director Sam Gold tries to drum up some tension by sounding a low foghorn between the play’s many blackouts. Where have we heard this ominous minor chord before? That dwarf from David Lynch’s movies never answers the call, unfortunately.