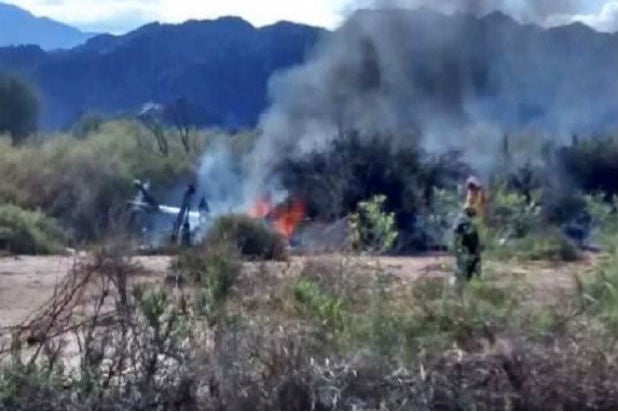 French reality TV series “Dropped” will not see the light of the day after two helicopters collided mid-air over Argentina during filming on Monday, killing 10 people.

The head of production company Adventure Line Productions, Franck Firmin-Guion, made it official in a TF1 interview — the channel that the survival series was previously set to air on. The production company did not immediately respond to TheWrap‘s request for comment.

Eight of the dead were French national cast and crew members, two were Argentine pilots. The show was being filmed in the rugged mountains of the La Rioja province of the South American country.

“All the conditions have been met. The two helicopters are type B3 Ecureuil, including specialized in mountainous situations. They belonged to the governor and were frequently used, so in good mechanical condition. [The pilots] — Roberto Abate and Carlos Castillo — were highly experienced, they had 30 years of experience, were flight instructors, military pilots. Furthermore, [there was] a logistics coordinator and security to deal with rotations of flights. This person had already produced the Swedish show, so he knew the terrain.”

“Apparently, the two helicopters collided as they were filming. There are no survivors,” provincial spokesman Horacio Alarcon said at the time.

Shooting began in late February in Ushuaia, at the southern tip of South America in the glacial landscape of Patagonia, and then moved to the mountainous La Rioja region.

The wreckage from the crash burned for over four hours after the collision as police and firefighters worked to recover the victims’ bodies.