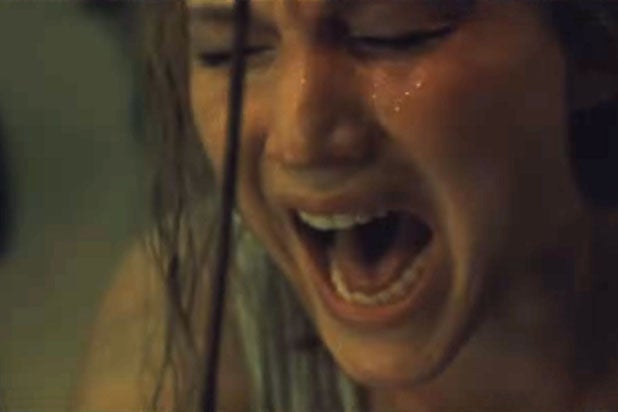 Darren Aronofsky’s “mother!” is the sort of film that Hollywood has not seen from a major studio in a very long time. Even for a director like Aronofsky, who has earned a reputation for being a provocateur with films like “Black Swan” and “Requiem for a Dream,” “mother!” was a tale that aimed to challenge audiences in a way that no one could have expected.

Critics who saw the film at Venice and Toronto wrote shocked reviews with wildly different opinions. Some denounced the film as too extreme with its disturbing, violent climax designed to break all sorts of taboos. Others praised it for its audacity and its myriad metaphors for things like religion and environmentalism, which make the film ripe for discussion and exploration.

But while film buffs will be dissecting “mother!” for years to come, casual moviegoers have largely avoided the film. It was expected before the weekend to gross $11 million against a $30 million budget, but instead will only make $7.5 million from 2,369 screens. It’s the worst wide release opening for lead star Jennifer Lawrence, and it is now the 12th film since the turn of the century to earn an F from opening night audiences on CinemaScore.

But when looking at the circumstances surrounding this film, turning “mother!” into a box office hit seem to have been very difficult from the beginning. Here are our reasons why the film underperformed:

Also Read: 'It' Is Now Biggest September Release Ever After $60 Million 2nd Weekend

From the start, Paramount’s marketing for “mother!” was shrouded in mystery, with a bare-bones synopsis and strange trailers that only showed fleeting glimpses of the nightmarish imagery the film contained. This was due in part to Aronofsky, who remained tight-lipped about the details of his film other than the fact that it was going to be an “experience.”

But now that “mother!” is out for the world to see, it’s clear that Paramount’s marketing was aimed at providing clues to the film’s nature. Foremost among them was the first poster released for the film, which featured Lawrence’s character presenting her ripped-out heart. Rather than try to sell the film as a conventional horror film, Paramount tried to sell “mother!” based on its unique ability to disturb and provoke thought without giving away anything big.

Unfortunately, the secrecy ended up backfiring. Rather than being drawn in by the mystery, mainstream hype for the film remained low for much of its lead-up, until the first screenings began last week.

In an era of Rotten Tomatoes, social media and streaming options, it can be difficult to get casual moviegoers to take a risk on an unknown film. In an interview with TheWrap, MoviePass CEO Mitch Lowe talked about how moviegoers “talk themselves out” of going to a film if they’re not certain that it’s going to be worth their money.

Of course, horror films, by their very nature, are meant to evoke fear and shock in their audience. But many of them are also designed to be crowd-pleasers. Even “Get Out,” a film with commentary on race, wrapped its message in a conventional horror tone. “mother!” is anything but conventional. It’s meant to disturb in a way most contemporary horror doesn’t, and that’s something audiences didn’t find appetizing once details of the film’s plot were revealed in  reviews, festival reports and, finally, from the opening night audiences who gave the film a failing grade on CinemaScore.

But the other factor that Paramount couldn’t have entirely foreseen is the continued dominance of “It,” which is now far-and-away horror’s biggest box office hit ever. With a second weekend total of $60 million, “It” has now earned the two biggest weekends ever in September and has become a vacuum sucking up moviegoers’ attention.

Insiders tell TheWrap that “mother!” was moved from its original release date on Oct. 13 to this weekend to avoid going head-to-head with Universal’s next Blumhouse release, “Happy Death Day.” It was thought that with a Sept. 15 release, “mother!” could use reactions from the film’s premiere in Venice to springboard interest in the film, hoping that moviegoers would be curious to see what got the festivals so worked up.

But “It” has had everything going for it, from a recognizable villain to critical and audience praise. And, again, while “It” opens with a killer clown dragging a young child to his doom, that’s still a far cry from the brutality that Lawrence’s character suffers in “mother!” With a hot alternative still in theaters, moviegoers looking for a scare chose Pennywise over Aronofsky.

But while the numbers aren’t looking good for this film, that doesn’t mean “mother!” doesn’t have a future as a cult film. Not every film that receives an F on CinemaScore has been consigned to the dustbin of film history. Some, like Steven Soderbergh’s “Solaris,” have been praised as challenging sci-fi for more discerning cinephiles. Paramount is hoping “mother!” will have a similar legacy.

“This is a film that sticks with you for a long time,” Paramount’s Worldwide Distribution President Megan Colligan told TheWrap. “People got many different interpretations and nobody can pin down exactly what it is. That’s the virtue of the film and I think that’s why people are going to think about it for years to come.”