Premiering in competition at the Cannes Film Festival on Wednesday, “Red Rocket” both advances and further clarifies what has become director Sean Baker’s signature hook, marking a now four-strong series that sees in the lives of sex workers a kind of key to unlock elements of the modern American experience.

Swapping the iPhone-shot frenzy “Tangerine” and the 35mm bubblegum pop of “The Florida Project,” Baker’s latest finds him speaking in a more traditional prestige indie vernacular for a film with plenty to say about the past four years. 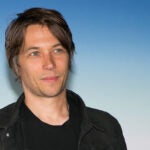 Not that the film casts Mikey as a direct analogue for Trump; rather, it sees in the self-deluded lothario and the former reality show barker (and, uh, president) two representatives of an older, larger, fundamentally all-American archetype – the B.S. artist.

Which is why when “Red Rocket” opens on Mikey rolling into his hometown of Texas City, scored to NSYNC’s 2000 bop “Bye Bye Bye” and filmed in grainy 16mm, we’re overcome with an immediate sense of déjà vu. We know this character, we know his methods and we know, as he bangs on the door of his estranged wife Lexi (Bree Elrod), using all his charm and bluster to ask only for a shower and a place to stay for the night, that she will let him in and that he’ll remain a lot longer before invariably screwing things up.

Named for the bike (Lexi’s, naturally) that Mikey rides around town, “Red Rocket” is a film about cycles, about a self-obsessed boor rising and falling on his own inertia. On one end of the professional cycle is Lexi, who fell into the adult industry with her hometown beau and was spat out a lot earlier; on the other end is Strawberry (Suzanna Son), a not-quite-18-year-old Mikey views as his ticket back in. The women exist on opposite sides of a spectrum, with the opiate-addicted Lexi a vision of what could await Strawberry and what might have become of Halley, the main character from Baker’s previous film, “The Florida Project.”

Casting actors to play within a certain range has worked for Baker in the past and it does again here, with Rex (sorry) rising to the task (so very sorry), filling the part (so very, very sorry) with no small bit (somebody make this stop) of personal baggage (whew, it’s done.) Let’s say the role fits him like a, um, glove. Let’s say glove.

If both Mikey and Lexi were once professional "adults," neither has ever grown up, and they sneak around Lexi’s mother Lil’s (Brenda Deiss) house – where they have both washed up with nowhere else to go – like the adolescents they'd been 20 years prior. Perhaps the only real adult in the film is Leondria (Judy Hill, breakout star of the doc “What You Gonna Do When The World’s On Fire?”), the backyard drug kingpin who supplies Mikey with the weed he sells to get by.

Evoking 1970s American and Italian cinema and working into the narrative more overt nods to the opiate crisis and corporate power (Leondria cautions Mikey not to sell the local oil riggers, noting, “don’t mess with big oil”), the film feels in some ways less original than Baker’s most recent output. But that’s a natural outgrowth when working ground Herman Melville first laid in 1857.

While “Red Rocket” very ably explores the headspace and mechanisms of the 100% beef-fed all-American huckster, it loses a step or two when it does so as a kind of morality tale assessing the damage and human toll Mikey leaves in his wake. To his credit, Baker seems to recognize as much and switches to a more singular and silly register to close things out. As NYSNC retakes the soundtrack and, well, you’ll see for yourself, those contemporary parallels come back in full force. Mikey might not be an analogue for the Orange Man himself, but “Red Rocket” certainly ends in pure post-Trump catharsis.