In the early 1980s, Israeli Mossad agents used a fake diving resort in Sudan to smuggle thousands of Jewish refugees out of Africa. More than three decades later, the agency’s daring mission is getting the Hollywood treatment.

The mission, known as “Operation Brothers” was devised by a small team of undercover operatives who rented out an abandoned tourist resort in Sudan as a cover — and then opened it up to actual tourists. From there, the agents evacuated a lost tribe of Ethiopian Jews, right under the noses of Sudanese authorities.

The Ethiopian Jews were persecuted by their government, prohibited from practicing their religion and barred from traveling to places where they could practice it freely, according to the BBC.  Roughly 2,500 Jews were killed and 7,000 became homeless in the weeks surrounding Lt. Col. Mengistu Haile Mariam’s assumption of power over Ethiopia in 1977.

Ethiopian Jews started fleeing civil war and famine, and many went to nearby Sudan. About 12,000 walked from the remote Gondar region, suffering hunger, thirst, and attacks by bandits and wild animals.

The Israeli government sent the Mossad to extract the Ethiopian Jews and bring them to Israel in a series of missions, which included “Operation Moses” and “Operation Solomon.”

“It’s one of those stories that are hard to believe,” Gad Shimron, one of the Mossad agents who operated the resort, told TheWrap. “It was the only time when Europeans had extracted Africans from the continent, not to be enslaved but to be freed.”

The real-life story of “Operation Brothers,” one of the lesser-known Mossad missions, is now the subject of a new movie called “Red Sea Diving Resort.” The drama, written and directed by “Homeland” co-creator Gideon Raff, is expected to be released later this year and stars Chris Evans, Haley Bennett, Alessandro Nivola, Michael K. Williams and Ben Kingsley.

The operation took place during Ethiopia’s worst-ever famine, which killed an estimated 400,000 people between 1983 and 1985, according to Human Rights Watch. As images of starving children reached the West, many tried to help. “We Are the World,” written by Michael Jackson and Lionel Richie and featuring more than 40 American pop stars, became the biggest charity single of all time, raising more than $63 million.

But, according to Shimron, who wrote about his his experience in Sudan in a 1997 book, “Mossad Exodus,” Israel went further.

“Some sang songs like ‘We Are the World,'” he said. “But Israel was the only country to actually do something.” 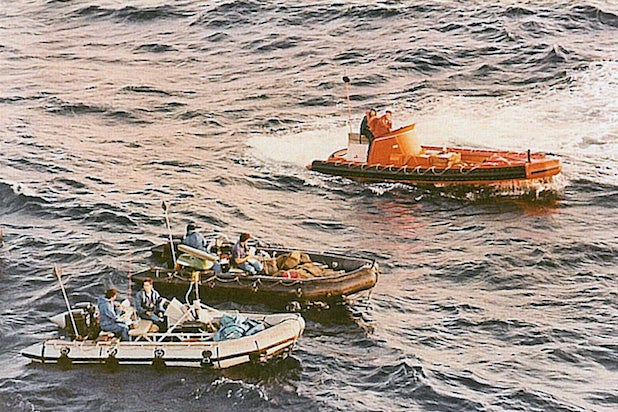 “The civil war in Ethiopia had caused many of the Jews to flee to neighboring Sudan,” Shimron said. “The problem with that was that Sudan was an enemy country [of Israel] so the Mossad took on the mission to extract them.”

In order to do that, Shimron and his crew came up with a gutsy plan: they rented the Arous Holiday Village, a tiny beach resort that had been built by Italian entrepreneurs in the early ’70s, and used it as their cover for the mission. The village was abandoned after the Sudanese government failed to deliver on basic infrastructure amenities like road access, water and electricity, according to Shimron.

“We established a shell company in Switzerland for cover, rented the village for about $300,000 and then began extracting groups of 100 to 150 people to the beach,” Shimron said. There, the refugees were met by Israeli Navy Seals, who brought them to a ship headed to Israel. 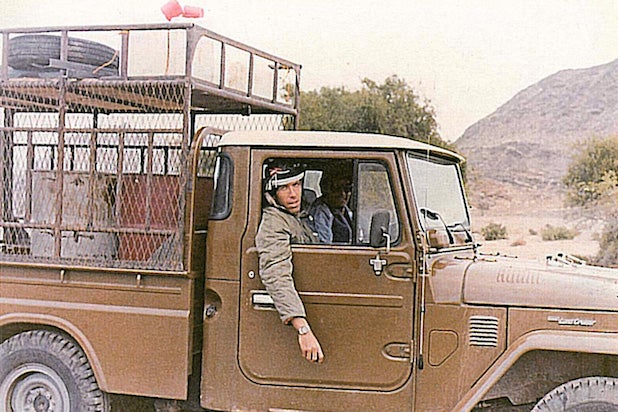 The operation was so covert, neither the local employees who worked at the resort nor the guests who stayed there were aware of the village’s real purpose. According to Shimron, the refugees never stayed at the resort, which was used only used as a front. The resort proved surprisingly successful, drawing foreign scuba divers and other tourists. Rescue operations happened outside the resort in the dead of night.

At one point, four members of Shimron’s team, including the operation’s commander, were surrounded by a group of 20 armed Sudanese soldiers. The soldiers stopped them on a beach just as they were about to load a group of refugees onto a boat that would take them to a bigger vessel waiting for them in international waters.

“For a second I thought we were finished,” said Shimron, who was following the group. He said he saw one of his fellow agents lowering his hands and arguing with the Sudanese soldiers.

“He was yelling at them for shooting at poor defenseless tourists who had paid good money for a night-dive,” Shimron said. “The Sudanese, who had never seen any tourists, or diving for that matter, were so confused, they folded.” 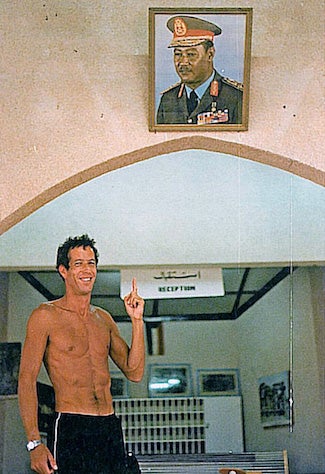 Just to be safe, Shimron and his team stopped evacuating people by boats, using only Hercules cargo planes to evacuate refugees.

Also Read: How Did the Chicken Cross the Euro Pop Charts? Starring in a #MeToo Music Anthem

“You have to understand what it was like for some of these Ethiopian refugees who had never seen a plane in their lives before,” Shimron said. “For them it was like Jonah and the whale.”

All in all, about 6,000 Ethiopians were rescued during “Operation Brothers.” But the operation had largely gone unnoticed, overshadowed by another dramatic rescue, 1984’s “Operation Moses,” which airlifted more than 8,000 Ethiopian Jews to Israel in less than three months later that year.

Also Read: I Carried a Gun in Israel. Here's What I Learned About Gun Control

The enormity of the rescue only hit him once, he said, when visiting the absorption center in Israel where the refugees had been placed.

“There was a small child, maybe seven or eight-years-old, he came up to me, tugged at my sleeve and said, ‘Uncle, I remember you from the red truck.'”

“I’ll admit, I’m not the sentimental type,” Shimron said. “But I may have shed a few tears.”