Digital movie rental player Redbox Entertainment cut 150 jobs this week to reduce operating costs amid the pandemic, as they disclosed in a Securities and Exchange Commission filing on Friday.

The filing states that the cost-cutting measure is “in response to the ongoing adverse effects of the COVID-19 pandemic.”

Per the filing, Redbox expects the workforce reduction will decrease its annual operating costs by approximately $13.1 million. Additionally, the company expects to incur one-time restructuring charges of about $3.8 million, most of which will go to severance.

The SEC filing also stated that Redbox is unable to file its Annual Report for 2021 within the prescribed time period “without unreasonable effort or expense.” 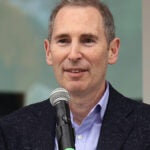 Redbox was founded in 2002 by Gregg Kaplan and sold to private equity firm Apollo Global Management in 2016 for $1.6 billion.

Although the downsizing was not officially announced until Friday, stocks were already down on Thursday dropping 8.75% from the previous closing price of $2.63, according to Investors Observer. The stock traded between $2.40 and $2.61 on Friday, closing at $2.31, significantly down from its 52-week high of $17.90 on Nov. 1. Redbox’s market cap stood at $104.85 million at Friday’s close.