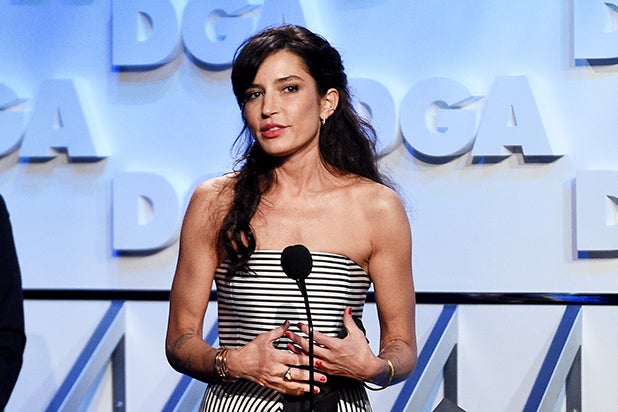 Reed Morano’s upcoming Amazon series “The Power” will not shoot in Georgia in protest of the state’s new abortion law, the director said Tuesday.

“It felt wrong to us to go ahead and make our show and take money/tax credit from a state that is taking this stance on the abortion issue,” Morano wrote in an Instagram post on Tuesday. “We just couldn’t do it.”

Earlier on Tuesday, it was announced that the feature “Barb and Star Go to Vista Del Mar,” starring the “Bridesmaids” team of Kirsten Wiig and Annie Mumolo, had pulled out of filming in the state in response to the anti-abortion “heartbeat bill” recently signed into law.

An adaptation of Naomi Alderman’s novel, the 10-episode series “The Power” takes place in a world where “suddenly, and without warning, all teenage girls in the world develop the power to electrocute people at will. It’s hereditary, it’s inbuilt, and it can’t be taken away from them.”

Produced by Sister Pictures and directed and produced by Morano, “The Power” was set to shoot on location around the world, including in Georgia. However, Morano said in an interview with Time that she had “no problem stopping the entire process instantly.”

“I’m sorry if the work moves away from where you live. But having this basic fundamental right for women is more important than anything in this moment in time,” said Morano, whose directing credits include “Halt and Catch Fire” and “The Handmaid’s Tale.”

The so-called “heartbeat” law, signed by Georgia governor Brian Kemp, is designed to prevent abortions after a fetal heartbeat is detected, which could be as early as six weeks into pregnancy. The law will go into effect Jan. 1, 2020, unless it is blocked in the courts. Legal challenges are expected.

Last week Imagine Entertainment announced that filming for its Netflix film “Hillbilly Elegy” would remain in the state, but the company would donate to ACLU of Georgia in opposition to the bill, and Imagine would consider a boycott if the law were to take effect.

Similarly, producers Peter Chernin and Jenno Topping of the Fox film trilogy “Fear Street” and the TV series “P-Valley” said the productions would remain in the state, but that the producers would be making a “significant donation” to ACLU.

Others have boycotted production in the state altogether, including producers David Simon, Christine Vachon, Mark Duplass and Neal Dodson.

“The best thing we can hope for is if everyone has a united stance and pulls the money out,” Morano told Time. “Maybe we can have a quick reversal to these laws and then everyone gets what they want.”