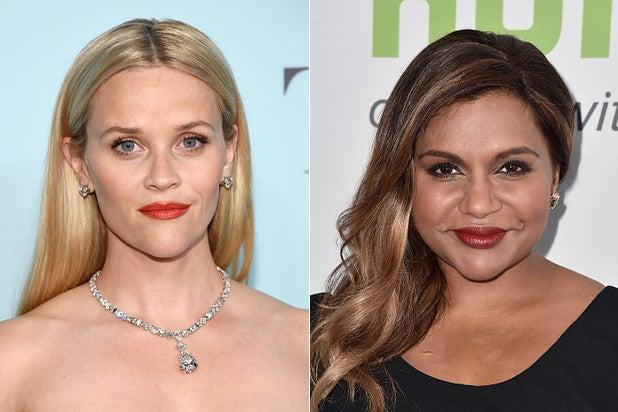 Reese Witherspoon and Mindy Kaling are in negotiations to appear in Disney’s adaptation of the classic novel “A Wrinkle in Time,” TheWrap has learned.

The project is being directed by Ava DuVernay.

Witherspoon will portray one of three celestial beings, Mrs. Whatsit — described in the book as a very old and disheveled woman.

Kaling will play Mrs. Who, a well-read immortal woman who often recites quotes.

Oprah Winfrey, who is re-teaming with her “Selma” director, has already been cast in the film to star as Mrs. Which, whose appearance changes.

The script was written by “Frozen” writer and co-director Jennifer Lee, who won an Oscar in 2014 for the Disney Animation film.

The classic children’s book by Madeleine L’Engle revolves around a young girl in search of her missing scientist father. Three supernatural beings help the girl — along with her brother and her friend — traverse the universe.

The production is set to begin in November.

“A Wrinkle in Time” was selected to receive part of $109 million in California tax credits and is scheduled to start filming outside of the Los Angeles area.