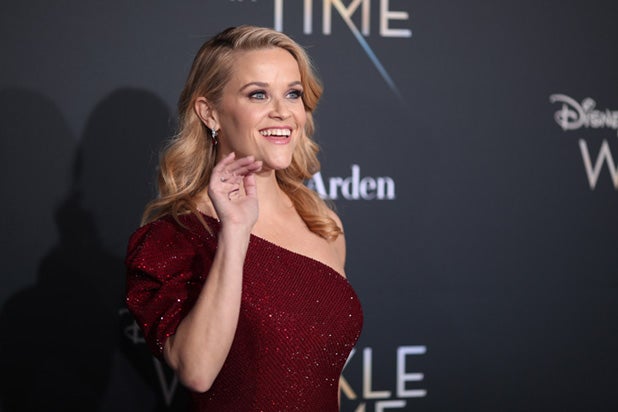 Video of Reese Witherspoon giving her star on the Hollywood Walk of Fame a pep talk became a meme this week, and the actress herself has now approved.

“Y’all are too funny with these memes,” the “Big Little Lies” actress wrote in a tweet on Wednesday, adding “PSA: Don’t let people walk all over you!”

Witherspoon dropped by her star ahead of the “A Wrinkle in Time” premiere earlier this week, sharing the reunion with an old friend on her Instagram story.

“I’m running a little bit late for work today, but I heard my friend is really close by, so I wanna go meet her really quick,” she told her followers, according to a thorough play-by-play from BuzzFeed. “And I want you guys to meet her, too.”

Witherspoon received the star in 2010, and apparently the intervening years have been rough, forcing the actress to get down on her hands and knees to do a manual cleaning.

“Now you’re looking good, girl,” she said after wiping it down. “That’s right. And don’t you let people walk all over you. I know you’re on the street, but don’t you do that, you’re a queen. You’re a queen!”

Fans have since taken the advice she offered the floor tile to heart, applying it to their own lives. And now Witherspoon has cosigned the practice.

So, don’t let people walk all over you. You’re a queen.

When you run into a friend on the street…⭐️????⭐️ (Check out my stories for the visit!)