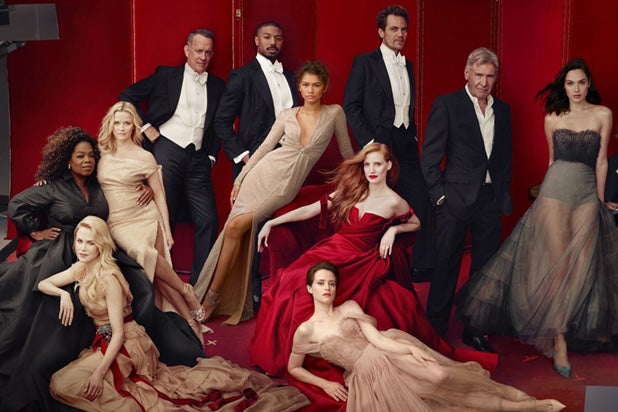 Oprah Winfrey and Reese Witherspoon were accidentally given a few extra limbs in Vanity Fair’s annual Hollywood Issue, but the “A Wrinkle in Time” co-stars took the mistakes in good humor.

“Well…I guess everybody knows now…I have 3 legs,” Witherspoon tweeted Thursday. “I hope you can still accept me for who I am.” The actress also added, “I will never apologize for snuggling @Oprah .. if you get the opportunity, I highly recommend it,” referencing the fact that she appears to be sitting on her co-star’s lap for the cover.

“I accept your 3d leg. As I know you accept my 3d hand,” Winfrey replied.

In the photo used for the cover, Witherspoon’s legs are crossed to one side, but the lighting and color of her dress led some to believe that the magazine composited two shots and forgot to remove a visible extra leg. The magazine, however, says the flesh-toned portion of the photo is simply the back of her dress.

More damning, however, is a behind-the-scenes photo of Winfrey and Witherspoon on set in which Winfrey appears to have one hand on her hip, one in her lap, as well as a surprise third hand around Witherspoon’s waist.