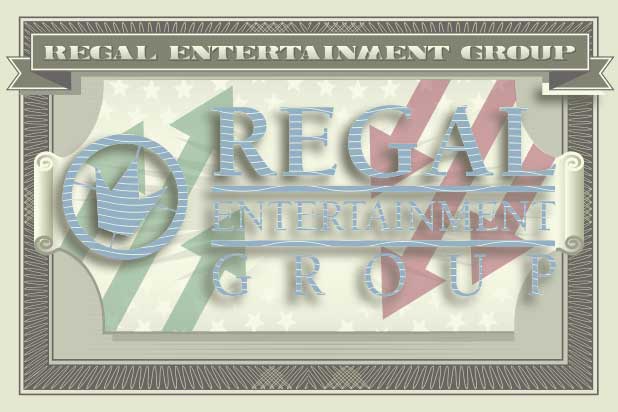 Regal Entertainment Group's logo on the iconography of a dollar bill

Regal Entertainment Group plans to experiment with its own form of Uber-like “surge pricing,” as the country’s second-largest theater chain looks to rejuvenate its business after a brutal summer slump.

On the company’s third-quarter earnings conference call Tuesday, CEO Amy Miles told investors and analysts that the chain “expect[s] to conduct a ticket pricing test in several markets in early 2008” in partnership with online ticket seller Atom Tickets. Such a plan would be a significant change in an industry that tends to use a one size fits all strategy, whether it’s a box office smash like “Dunkirk” or a flop like “The Emoji Movie.”

“If an alternative pricing model is going to be successful we believe that one, it must provide a clear economic benefit to both exhibitors and our studio partners, and two, it should provide a compelling value proposition for our consumers.” Miles said on the call. “This test could be the first step towards a pricing model that drive incremental revenue in peak periods and incremental attendance in non-peak periods. Changes to the historical pricing structure have often been discussed but rarely tested in our industry and we’re excited to learn even more about how pricing changes impact customer behavior.”

Later in the call, Miles elaborated on the plans, saying Regal wanted to roll out that dynamic pricing in a statistically significant number of markets.

Miles also weighed in on subscription service MoviePass, which made waves when it was acquired by an analytics company earlier this month and dropped its price to $9.95 a month to see as many as one movie a day. MoviePass uses a debit card that reimburses theaters in full for films seen by passholders, but the low price caused the world’s largest theater chain, AMC Entertainment, to immediately push back, calling the service “not in the best interest of moviegoers.” Miles also drew a line in the sand at the possibility of Regal discounting its tickets.

“We will take a wait and see approach and we’re going to continue to enjoy the benefits of the full priced movie tickets that we’re receiving for all MoviePass customers,” she said on the call. “What we will not entertain is a discounted ticket arrangement or any participation in our concession sales as part of the arrangement.”