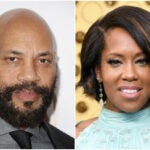 “Bitter Root” is set during the vibrant Harlem Renaissance of 1924, when a fractured family of once-great monster hunters faces an unimaginable evil that descends on New York City. For generations, the Sangeryes have hunted and cured those infected by a supernatural force that feeds off the prejudice of the era, transforming human beings into hideous monsters. With most of the family dead, and the surviving Sangeryes at odds between saving or killing the creatures, they must overcome the wounds of the past in the hopes of thwarting an invasion. The acclaimed series received nominations for a 2019 Eisner Award for Best New Series and a 2019 Ringo award for Best Series.

Bryan Edward Hill recently adapted “Black” for Studio 8 and Warner Bros. and is adapting “Power Rangers” for eOne and Hasbro. He is represented by Verve, Heroes and Villains Entertainment, and Jackoway Austen.

King directed the acclaimed Amazon Studios release “One Night in Miami,” for which she was nominated for a Directors Guild of America Award and an NAACP Image Award; the film also received three Academy Award nominations. As an actress, she won the 2019 Best Supporting Actress Academy Award for her performance in Barry Jenkins’ “If Beale Street Could Talk” and is a four-time Emmy Award winner.