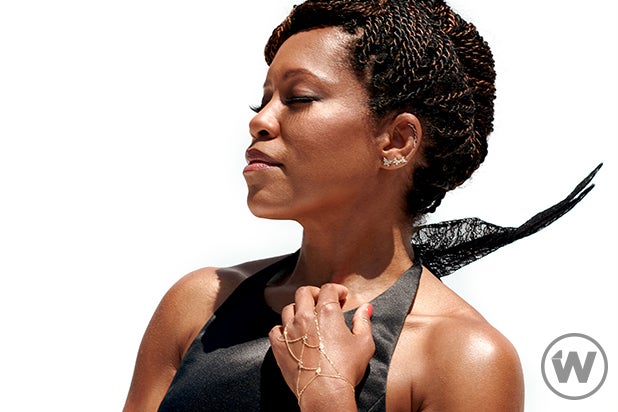 There were some pleasant surprises from Wednesday morning’s SAG Awards nominations. Emily Blunt got nominated twice in the film categories, including for “A Quiet Place” and “Mary Poppins Returns,” and John David Washington broke into the Best Actor field in a mostly white crowd for “BlacKkKlansman.”

But Regina King, a true standout in Barry Jenkins’ “If Beale Street Could Talk” and thus far a presumed front runner in the Oscar race, was snubbed from the Female Actress in a Supporting Role category, as was the movie at large. And the snub has many critics and fans scratching their heads.

“I believe in Regina King,” actress Carrie Coon tweeted in support of the actress after King was left out of the SAG field.

“We love you, Ethan Hawke and Regina King,” screenwriter Phyllis Nagy said of King and another notable acting snub for Ethan Hawke’s work in “First Reformed.”

TheWrap’s Steve Pond wrote in his analysis of the nominees that only two actors have ever won the Oscar despite also getting snubbed by the Screen Actors Guild, those being Marcia Gay Harden for “Pollock” in 2000 and Christoph Waltz for “Django Unchained” in 2012.

King missed out to the aforementioned Blunt, Margot Robbie in “Mary Queen of Scots,” Amy Adams in “Vice” and Emma Stone and Rachel Weisz, both from “The Favourite.” Some have pointed out the frustrating fact that Stone and Weisz opposite Olivia Colman (also nominated) could all plausibly be called lead actresses in “The Favourite,” and yet still pushed out King in the supporting actress field.

Also Read: SAG Awards Nominations by the Numbers: Netflix Is Back on Top

See some more reactions to the snub below:

We love you, Ethan Hawke and Regina King.

If only Regina King was in THE KOMINSKY METHOD

u know on lemonade when Beyoncé said "so what are you gonna say at my funeral now that you've killed me" she was talking about her cheating ass husband but she was also talking about the SAGs snubbing regina king!

Not mad about the Emily Blunt A QUIET PLACE nod. Furious about the Regina King and BEALE STREET snubs. Want to ban movies forever over the BOHEMIAN RHAPSODY love. #SAGAwards

Oh, SAG. How'd you miss Regina King, you dopey goons? That wasn't a hard one.

As today’s Regina King snub begins to sink in… pic.twitter.com/Aaa0uyYlzH

AND NO REGINA KING? #sagawards pic.twitter.com/YvYUq7lNj5

Regina King and Ethan Hawke were robbed by @SAGawards –but @TheAcademy will come through. Mainstream crowdpleasers A Star Is Born, Black Panther, BlacKkKlansmen, Bohemian Rhapsody and Crazy Rich Asians will not all translate to higher-brow Oscars.

My #sagawards snubs (REGINA KING) and surprises (MARGOT ROBBIE) for @people. And congrats to Emily Blunt and Emma Stone who both scored DOUBLE — and much deserved —nods: https://t.co/wLKIjrHfwl

Tough break for Regina King. Might help not to have three lead performances nominated. https://t.co/4oCehzZw8i

Including Margot Robbie and not Regina King is… a choice! https://t.co/PaaOCfYoQv

so… no roma, no hereditary, no if beale street could talk, no regina king, no widows

Just want to show Regina King (@ReginaKing) a picture of this woman.

Her name is Marcia Gay Harden and she won the Oscar in 2000 for "Pollock" without that precious nomination from the #SAGAwards!

Barry Jenkins talking that good sh*t about Regina King and the plight of black actresses in Hollywood. https://t.co/YNkPwPGaQt pic.twitter.com/5m1S87qYwo