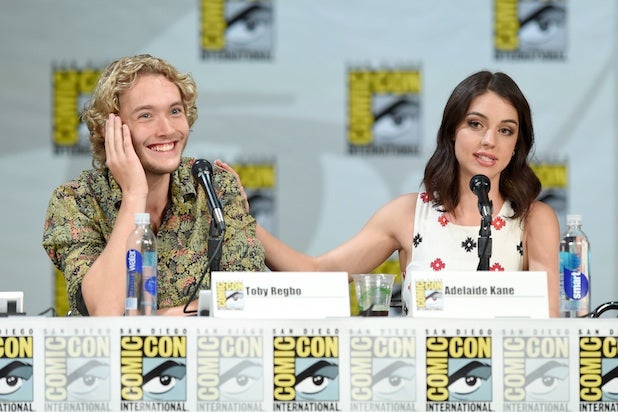 “Reign” executive producer Laurie McCarthy made a pivotal course correction on Season 1 that many critics and fans felt majorly improved the show.

“I do like when two people move on,” McCarthy said during the show’s panel at San Diego Comic-Con on Thursday. “And Mary and Francis were wed…”

Also read: ‘Reign’ Star Torrance Coombs: ‘It’s Weird Trying to Have Sex With Somebody and Not Thrust’ (Video)

Kane said that she felt the whole love triangle tool in shows can get “rather boring.”

When asked if there would still be some spark between Mary and Bash, the actress cheekily answered, “They’ll always have a special relationship. I just don’t think they’ll bang.”

On the topic of moving on, the panel shared several things that fans can expect on Season 2.

Here are some key points:

1. In the wake of King Henry’s (Alan van Sprang), expect a lot of new guests on Season 2. Apparently, there will be an influx of nobles and wealthy land owners who have been waiting for their day in royal court. Expect a few people from the Dowager Queen of France’s past included in these new guests – some romantic. “Catherine will have future lovers,” McCarthy teased.

2. The plague will decimate the kingdom. Aside from the many deaths, it will further expose some of the changing world around Mary, in which land and wealth, not just title, can shake up the power dynamic. “Mary has a harder time understanding this than Catherine,” Fellows said.

3. The producers have dubbed Season 2 “The Haunted Season.” Because of the plague and those who return to the kingdom, this season really explores the characters’ pasts and the things they may have left unfinished with others.