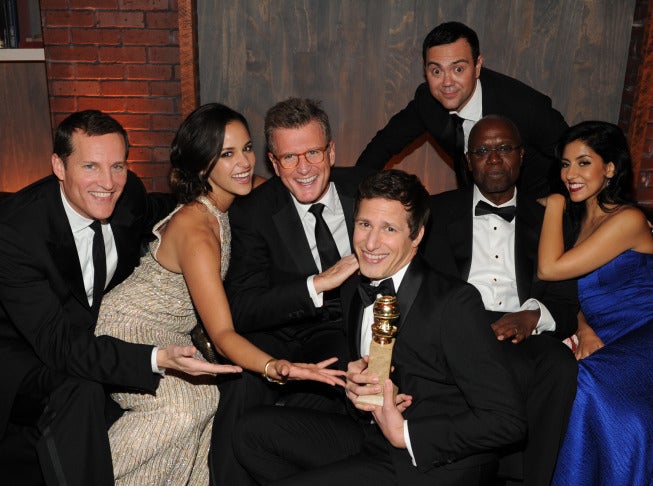 Departing Fox entertainment chief Kevin Reilly had some huge ideas for transforming the television business, and left after just starting to carry them out.

He isn’t leaving his network in a lurch —  Fox ended the season No. 2 in the key 18-49 demographic this past season, flat with last year — but he hasn’t produced big hits, either. He leaves a legacy of solid performance and grand plans. But someone else will have to carry them out.

One of the only consistent parts of the TV-creation process, for the last half-century, has been pilot season. The broadcast networks field scripts, order pilots, hire actors, and shoot the scripts through the winter and early spring, then choose which ones should become shows and roll them out to advertisers in May.

Reilly was the lone executive who said that system had outlived its usefulness, and in January declared it over at Fox. He even appeared under images of tombstones declaring pilot season dead.

With him gone, it’s unclear whether it will rise from the grave. In a postscript to his goodbye letter, he implored colleagues, “Don’t go back to pilot season!” But it’s no longer up to him.

In an interview with TheWrap Thursday, Reilly sounded at peace with that.

“It was really part of what I thought was an important revolution, and broadcast is the most mature television model, so I thought it was important to get it started. It would be great if it’s part of the legacy,” he said. “As far as the pilot thing I felt like it needed to happen, it started to happen and I hope it continues — but frankly if my successor comes in and thinks that that’s a lot of nonsense, then I guess so be it.”

Killing pilot season was only one of Reilly’s big ideas. At his presentation to advertisers two weeks ago, he said Fox’s emphasis next season would be on “eventizing” TV. It was a way of acknowledging that not many people watch shows in real time anymore, so  networks have to make them feel like events.

To that end, he revived “24” this month — an experiment that has resulted in a so-so ratings return for Jack Bauer during a time of year accustomed to dismal ratings. He also greenlit events like an upcoming stunt-launch over the Snake River Canyon. Viewers will have to watch live if they want to see the stunt succeed — or fail — at the same time as everyone else.

Reilly has also tried to capture the Twittergeist feel of shows like “Game of Thrones” with shows like the upcoming Batman prequel “Gotham” and the limited-run “Wayward Pines.” He’s wanted to bring urgency back to a medium increasingly ruled by DVR.

Every network chief has pledged to program year-round, but Reilly has arguably embraced it more than most. The “24” timing surprised nearly everyone, and signaled that Fox was willing to take the kind of big swing in May that networks usually reserve for fall.

Fox has also pulled out all the stops trying to find the next must-watch scripted show. “Sleepy Hollow” was a success this year, but Reilly tried — and failed — to find big hits with such ambitious shows as “Terra Nova,” “Almost Human” and “Alcatraz.” Even if they didn’t work, they sent another big message: Fox takes risks.

Of course, Reilly also made some lowest-common-denominator plays. His reign unfortunately coincides with the weak launch of “I Wanna Marry Harry,” a new mock-dating show that copies, and heightens, the success of Fox’s long-departed “Joe Millionaire.” The “X Factor” was the one-bite-too-many of the singing show apple, and lasted only three seasons. Fox’s upcoming social experiment “Utopia” seems an obvious attempt to recapture the early zeal for “Survivor,” and that Snake Canyon stunt is reproducing one Evel Knievel attempted four decades ago.

But if you want to take risks, you could do worse than copying Knievel. We think of him as a daredevil even though he never completed his shot over the canyon. There’s something lot to be said for at least trying.