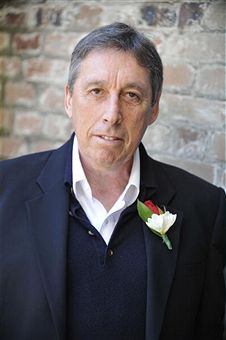 The "Ghostbusters 3" saga just got slimed.

Vulture has posted quite the expose about the drama surrounding 63 year-old director Ivan Reitman and Columbia’s potential cash cow.

The studio wants a younger filmmaker to take the franchise into the 3D, CGI-riddled future, similar to the way parent company Sony handed over its lucrative "Spider-Man" franchise to young, hip "500 Days of Summer" director Marc Webb. But Reitman isn’t budging from the director’s chair — and he doesn’t have to.

You see, in the early 80s, before the original "Ghostbusters" played like gangbusters at the box office, Reitman’s then-agent Mike Ovitz made a deal with Columbia that gave Reitman complete creative control of the series along with the three main stars of the film, Bill Murray (Dr. Peter Venkman), Dan Aykroyd (Dr. Ray Stantz) and Harold Ramis (Dr. Egon Spengler).

Apparently the decision-making process must be unanimous, so if any of those four object to any element of a new "Ghostbusters," they can singlehandedly vote to halt the project. Aykroyd and Ramis have been actively consulting with screenwriters Lee Eisenberg and Gene Stupnitsky (Pro: "The Office" Con: "Year One") on the direction of the story, so I wouldn’t worry too much about their participation, but Murray remains a wild-card. During his last appearance on David Letterman’s show, Murray said he’d only agree to be in the film if Venkman was killed off in the first reel.

Columbia will no doubt oblige him because it wants all of the actors back to pass the proton packs onto the next generation of ‘Busters; they just don’t want Reitman supervising that passing.

Contractually, Reitman can’t force Columbia to allow him to direct, but he does have final director approval, so even if he does decide to walk away with his dignity intact, he’ll have a say in who replaces him behind the camera, and will be able to veto any of the studio’s choices.

In order for this project to move forward, Reitman and Columbia will obviously have to come to some sort of agreement and figure out an arrangement that works financially for both parties. The problem is that Sony isn’t sure what the franchise is worth to them anymore. After all, it has been 20+ years since "Ghostbusters II" haunted theaters, and there’s no TV series or action figures keeping the series relevant today, although those lines of revenue are likely to return should "Ghostbusters 3" prove to be a success.

The studio had initially hoped Reitman would be so busy with his Paramount comedy "Friends With Benefits" (due in theaters January 7, 2011) that he’d allow someone else to step in so as not to impede the project any longer, but the insiders Vulture spoke to indicate that Reitman thinks he can pull off both projects in a timely manner. Eisenberg and Stupnitsky are supposed to turn in the second draft of their script in May.

The movie is an important one for Sony because it has no other franchise blockbusters planned for 2011, making them even more desperate to get production on "Ghostbusters 3" under way, though a 2011 release is looking more and more unlikely. Regardless of when this movie gets released, it will no doubt affect the studio’s future for years to come.

So where do I stand on this whole mess?

On one hand, I loved the Ghostbusters movies (yes, even the second one) as a kid, and believe that Reitman was probably a big part of that cinemagic.

On the other hand, this series could use fresh blood on both sides of the camera, and if Reitman hasn’t been able to pull this movie together for 20 years, why should I think he can get it together now, at the ripe, old age of 63, (which might as well be 200 in Hollywood years)? I mean, you don’t see Clint Eastwood directing "Transformers" sequels, do you? And how many 63-year-olds are cut out for 16-hour work days anyways?

Ignoring the fact that Reitman’s last film, "My Super Ex-Girlfriend," bombed, directing Hollywood blockbusters is a young man’s game, so while Reitman may be more than up to the challenge physically, I’m not sure why he’d want to bend over backwards catering to Columbia’s every whim and demand. There are too many parties to please, and the whole thing seems like such an unnecessary headache. Why even bother when you’ve already enjoyed such incredible success?

Speaking to the LA Times in 1989, Reitman sounded as if he had soured on the prospect of doing another "Ghostbusters" movie, lamenting the series’ lack of surprise. Over the years, Murray has also seemed disinterested in the sequel, and willing to appear in it only briefly so he can get on with his life and not have to answer any more god damn "Ghostbusters 3" questions. Personally, I think he’s just trying to help out his buddies Aykroyd and Ramis.

The whole thing is getting pretty ugly and its likely that the studio will have to pay Reitman a tidy sum to walk away from such a sure thing. But this can’t be all about the money, because Reitman has plenty of that. He’s past that point in his career. It’s about staying relevant and entertaining the young masses who’ve only seen the "Ghostbusters" movies on TV or DVD.

So who will direct "Ghostbusters 3?" Beats me. Judd Apatow was briefly linked to the film as a producer but he debunked that rumor. Some bloggers think that because of his relationship with Sony, he might be a potential candidate, but something about Apatow tells me he’s not interested in another filmmaker’s leftovers, and wouldn’t spend a year-plus laboring over the third film in a long-dormant franchise.

Columbia has to make a tough decision. Whatever happens, it will happen soon, so stay tuned to Deal Central for more "Ghostbusters 3" news as it breaks.