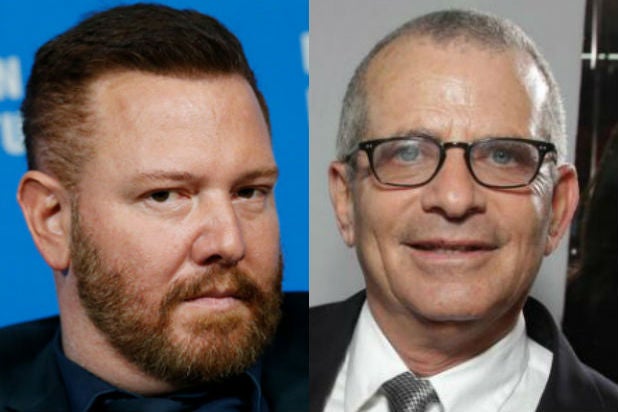 Relativity Media fabricated a memo detailing sexual harassment accusations against its former production president Adam Fields, a Los Angeles arbitration judge declared in late May. The judge’s finding also said studio founder Ryan Kavanaugh “must be” one of the parties who authored the document.

In an interim ruling in April, arbitration judge Terry Friedman awarded Fields almost $8.5 million in damages for breach of contract, and concluded that a memo discussing seven women at the studio who accused him of unwanted advances was fictional.

It’s unclear from the documents, submitted last week as Fields sought to be listed as a creditor following Relativity’s latest bankruptcy filing, whether Relativity signed off on the arbitration judge’s findings and agreed to the proposed settlement.

In a statement issued early Tuesday, a spokesman for Kavanagh and Relativity acknowledged that Fields won “a single count of breach of contract” but disputed that Fields won a monetary judgement: “he in fact has no judgement and will most likely receive nothing.”

Attorneys for Fields did not return requests for comment.

The story was first reported by Deadline Hollywood.

According to the court documents, Friedman found that a memo was falsified to appear to come from former Kavanaugh lawyer and Relativity Managing Director Carol Genis. It “purported to document a pattern of egregious misconduct by Mr. Fields — none of which, strangely, was mentioned in his termination letter.”

The memo detailing the accused harassment was submitted two weeks before a wrongful termination case brought by Fields against Kavanaugh was set for trial. It was part of a 2,000-document parcel that was said to have just been found, according to Fields’ attorneys. The memo came well after the close of discovery for evidence, the new ruling said.

(“Relativity, not Kavanaugh, turned in 2,000 documents within the discovery period, and the arbitrator decided to disallow them without merit,” a rep for the company said.)

“After being given special access to Ms. Genis’s supposed private folders, he fortuitously located the memo and provided it to counsel,” attorneys for Fields said of Kavanaugh, who resigned his post as CEO in December 2016.

A forensics expert hired by Fields’ attorneys found manipulations in the document’s metadata, which indicated the memo in question was altered after Genis left Relativity. A user who accessed the document after Genis’ departure used the login credentials “kav kav.”

According to a rep for Relativity and Kavanaugh, “During the Arbitration, more than seven witnesses testified to the validity of the documents in question, including the author of the document herself Terry McAlpine, Relativity’s COO, its president of production, and others. All confirmed their validity and accuracy, and all testified to Mr. Fields’ behavior at Relativity. Conversely, Mr. Fields’ sole witness was Ms. Genis.”

The court documents also accuse Relativity executives of other attempts to sabotage Fields, who joined the company as production co-chief and eventually studio president after successfully shepherding the 2011 Bradley Cooper thriller “Limitless.”

Following the naming of Dana Brunetti (actor Kevin Spacey’s longtime producing partner) to the creative head of the studio, Fields said Kavanaugh and his team worked to find any excuse to terminate him.