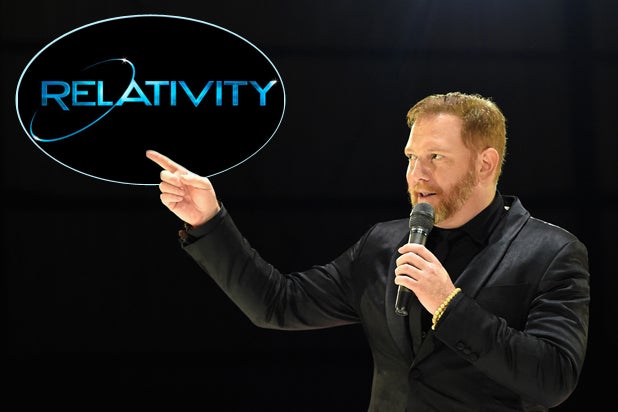 Despite an attempted rebound, Relativity Media is filing for Chapter 11 bankruptcy again.

The studio filed in U.S. bankruptcy court on Thursday after announcing that it’s entered an agreement with UltraV Holdings — a joint venture of funds managed by Sound Point Capital Management and RMRM Holdings — to sell the firm all of its assets.

Relativity founder Ryan Kavanaugh said in a statement that the company “faced the significant challenge of a complicated capital structure and an evolving industry.”

The cost of the acquisition wasn’t announced, but the sale isn’t a done deal yet.

“We are very excited to acquire the assets of Relativity Media, and we believe there are numerous opportunities to reinvigorate and expand the business,” Miron said in a statement. “We have a strong development slate and are looking forward to bringing these films to audiences through our distribution partnerships, including through our agreement with Netflix. We are committed to putting the necessary resources into the business so that we can attract and retain new talent, create outstanding original film, television and digital content and distribute that content across multiple platforms.”

UltraV and Relativity hope to have the deal finalized within 45-to-60 days, but they will have to wait for approval from the bankruptcy court.

The court will have to go through the standard bankruptcy processes and, if other potential buyers come forward, hold an auction.

In its filing with the court, Relativity said it had somewhere between $500 million and $1 billion in debt, compared with $10 million-to-$50 million in assets.

If UltraV secures the acquisition for Relativity it said it intends to provide enough capital for Relativity to resume its operations and continue to development projects and distribute them through existing and future platforms, including Netflix, with which the companies said Relativity still has a distribution agreement.

“Our simple message to the industry is that Relativity Media is open for business and we look forward to demonstrating that we intend to operate a substantial and well financed entertainment company with strong and stable leadership,” Robbins. “We recognize that Relativity Media has had its fair share of challenges during the past several years, and that we need to rebuild trust and confidence in the business. It is our full intention and commitment to put those past chapters behind us and resume the business of creating and distributing outstanding content. We are confident that we have the collective industry expertise, relationships and, perhaps most importantly, the financial resources to fulfill that commitment and build a successful and sustainable business.

“UltraV will now be focused on completing the sale process as expeditiously as possible and ensuring that once the transaction is finalized Relativity Media can hit the ground running with appropriate financial backing and a strong leadership team,” Robbins continued.

Pamela Chelin contributed to this reporting