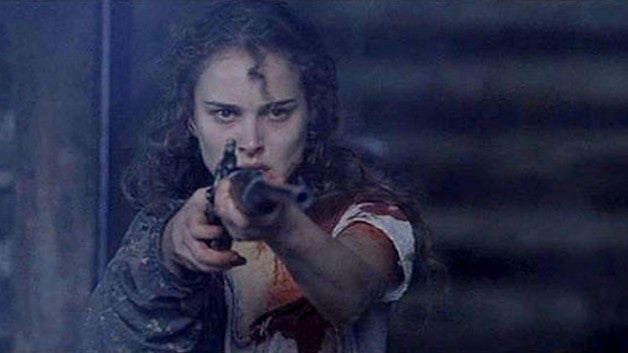 As bankruptcy looms for the troubled studio, Ryan Kavanaugh’s Relativity Media is putting three of its most high-profile titles on the block, including the Natalie Portman Western “Jane Got a Gun,” the raunchy Sundance comedy “The Bronze” and the Nicholas Hoult-Felicity Jones action-thriller “Collide,” an individual with knowledge of the situation has told TheWrap.

Relativity has invited a handful of buyers to upcoming screenings of those three movies, for which the company has struggled to meet its contractual obligations.

A representative for Relativity declined to comment for this story.

Last week, Sony sent Relativity a cure letter notifying Kavanaugh’s company that it intends to terminate its deal for U.S. rights to “The Bronze,” which Relativity bought at Sundance for $3 million.

The film was originally slated for release this month before Relativity moved it back to Oct. 16, citing a flood of R-rated comedies in the summer marketplace — a rational explanation that helped mask the fact that it couldn’t afford to properly release the film in theaters.

Meanwhile, a spokesperson for IM Global, a lead financier on “Collide,” told one media outlet that as of July 24 the status of the film hadn’t changed. The fact that “Collide” is now being shopped by Relativity speaks to how fluid the situation is at the company in both legal and financial terms. “Collide,” which was formerly known as “Autobahn,” is currently slated to open on Oct. 30.

“Jane Got a Gun,” however, may be the most valuable finished film in Relativity’s upcoming stable. The film, which was expected to be jointly distributed with The Weinstein Company, is already well known for the last-minute director swap from Lynne Ramsay to Gavin O’Connor. Relativity’s current troubles continue to do the film no favors.

“Jane” is slated to open on Sept. 4, but Relativity and TWC have yet to release a poster or a trailer — necessary marketing materials for even the smallest of films, let alone a star-studded Western with an Oscar-winning cast.

Reached for comment, producer Scott Steindorff told TheWrap that “Jane Got a Gun” is “definitely moving out of September,” while insiders suggest the film will be delayed until 2016 since TWC (or another distributor) would need time to mount a proper marketing campaign.

“Jane Got a Gun” was also produced by Regency Boies, the daughter of high-powered entertainment attorney David Boies, who personally appealed to Harvey Weinstein to have TWC step in and take over full distribution of the film from Relativity.

A spokeswoman for TWC did not immediately respond to a request for comment.

Relativity intends to hang on to its Zach Galifianakis-Kristen Wiig heist comedy “Masterminds.” The fate of the genre movies “Before I Wake” and “The Disappointments Room” remains unclear, though both are scheduled for release on Sept. 25 — a placeholder date if there ever was one.

The company already pushed Halle Berry’s thriller “Kidnap” to February 2016, and has pumped the brakes on “The Crow,” which lost its leading man Jack Huston due to scheduling issues stemming from a delayed production start.