In writing today about Steve Reuther’s life and his passing, I was most taken by how much he accomplished in such a short time. He came from humble beginnings. There was nothing in his past to suggest that he would wind up working with some of the greatest artists and filmmakers of his time … or that he would develop the taste level that he would enjoy with his success. 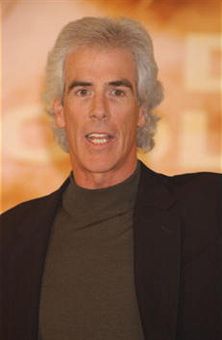 He made everything he had the old fashioned way … by working his ass off. He was a voluminous worker, a tireless producer, who worked in virtually every aspect of the movie business that he loved. He was a wonderful father, who adored his daughter Danielle, a brilliant young woman who is currently studying film and arts at NYU. He loved to travel, crisscrossing the globe many times, traveling extensively in Africa and the Far East, and always planning his next trip. He was a restless man, always looking for the next challenge, the next project. He had big success, he had crushing failure. He was up, he was down. He was alive and not afraid to take risks, never afraid to get up, and put it all out there again and again.

Our friendship stretched more than 30 years. I knew him as a “new kid in town," and I knew him as a senior executive. Through it all, he remained indefatigable, energetic, and excited about the future. He built a beautiful home in the mountains of Idaho, and loved every inch of that boundless landscape. He hunted, he fished, he shot shotguns, he rode ATVs, he rode horses, he laughed, he hiked, he swam, he sat in the hot springs. He lived life fully and when he fell ill, he believed up until the very end that he would prevail.

Alas, it was not to be. But he did have a remarkably full life, deeply lived, a magnificent daughter who was the center of his life, and a legacy of more than 35 movies which continue to touch people around the world. "Pretty Woman," "Dirty Dancing" and countless others are part of his legacy that landed deep in the culture. But the film he was most proud of was a small film called "Pay It Forward."

A simple morality tale, it has entered the culture as an important concept about what it means to create good will into the future — to do the right thing, the good thing, secure in the knowledge that if you “pay it forward” to anyone, the good will be accrue to the benefit of all. It was a concept he believed in, and one he tried to live. Sometimes he succeeded, sometimes he failed, but always … always he tried. It was always his greatest wish to be the kind of man who knew how to pay it forward.

BIO Richard Baskin
Richard Baskin is a media/arts entrepreneur. He has worked extensively across movies, music, television and online media for more than 30 years. His productions have won virtually every award including Oscar, Emmy, Grammy. He is currently CEO of US Digital Gaming, Inc.-- the leading technology and new media venture focused on developing legal online gaming in the United States.

Richard Baskin is a media/arts entrepreneur. He has worked extensively across movies, music, television and online media for more than 30 years. His productions have won virtually every award including Oscar, Emmy, Grammy. He is currently CEO of US Digital Gaming, Inc.-- the leading technology and new media venture focused on developing legal online gaming in the United States.
x
Looks like you're enjoying reading