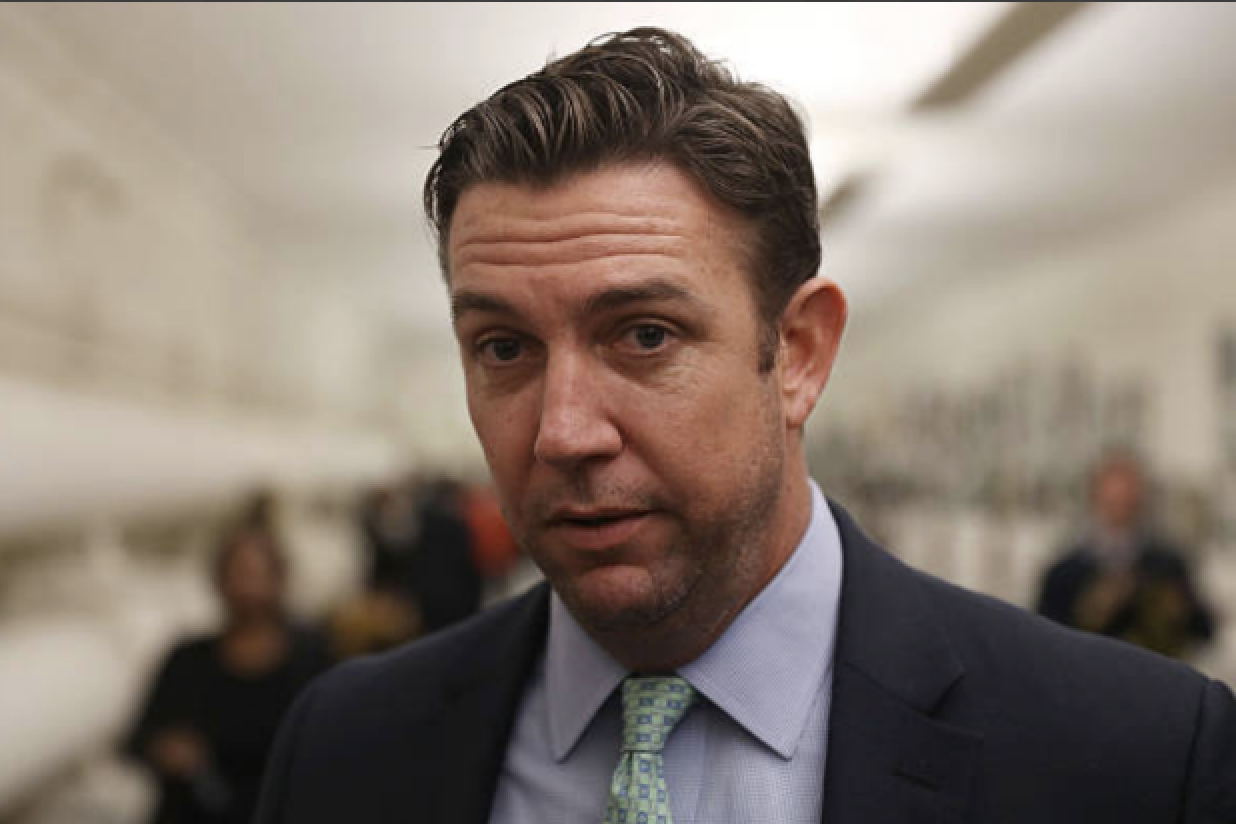 A federal indictment accuses U.S. Rep. Duncan D. Hunter and his wife, Margaret E. Hunter, of siphoning more than $250,000 in campaign money toward personal expenses that included a trip to “Riverdance,” then lying about the spending in campaign finance records.

The U.S. Attorney’s Office in San Diego said in a news release Tuesday that the “Riverdance” tickets were among expenses the couple mislabeled in order to hide their use of campaign money. The Hunters are accused of conspiracy to commit offenses against the United States, wire fraud, falsification of records, prohibited use of campaign contributions and aiding and abetting, prosecutors said.

Duncan is a Republican from Alpine, near San Diego, who has served the 50th District since 2013. He faces a challenge in November from Democrat Ammar Campa-Najjar. An attorney for Hunter said in a letter to Deputy Attorney General Rod Rosenstein that the charges are “politically motivated.”

“Congressman Hunter was the first sitting member of Congress to endorse President Trump in February 2016, and he has been an outspoken supporter of the President ever since,” attorney Gregory A. Vega wrote. “Key members of the prosecution team attended a private fundraiser for Hillary Rodham Clinton’s presidential campaign (without making the contributions that all other
attendees were required to make ) prior to opening this investigation. The only way these two Assistant US Attorneys were able to attend was by use of their official positions as Department of Justice
employees.”

He asked that the indictment be postponed to allow time for an “impartial” review of the accusations, which were detailed at length by the prosecution.

“A 48-page indictment details scores of instances beginning in 2009 and continuing through 2016 in which the Hunters illegally used campaign money to pay for personal expenses that they could not otherwise afford,” the U.S. Attorney’s Office wrote. “The purchases included family vacations to Italy, Hawaii, Phoenix, Arizona, and Boise, Idaho; school tuition; dental work; theater tickets; and domestic and international travel for almost a dozen relatives. The Hunters also spent tens of thousands of dollars on smaller purchases, including fast food, movie tickets, golf outings, video games, coffee, groceries, home utilities, and expensive meals.”

The indictment accuses the Hunters of mislabeling Federal Election Commission filings as “campaign travel,” “dinner with volunteers/contributors,” “toy drives,” “teacher/parent and supporter events,” “gift cards” for charitable donations, and “gift basket items,” among other descriptions. They are accused of paying family dental bills by saying the money went to a charity called “Smiles for Life,” for example.

“The indictment alleges that Congressman Hunter and his wife repeatedly dipped into campaign coffers as if they were personal bank accounts, and falsified FEC campaign finance reports to cover their tracks,” said U.S. Attorney Adam Braverman. “Elected representatives should jealously guard the public’s trust, not abuse their positions for personal gain.  Today’s indictment is a reminder that no one is above the law.”

The Civic Theater’s presentation of “Riverdance” in January 2016 received this respectful review from the San Diego Story: “If you dig deep you might find a vague narrative about the life of a river and replenishing, but forget all that lofty stuff. The best part of ‘Riverdance’ is the step dancing that sounds like an army or a few dozen drums played at one time. … This one grows long if you’re sound sensitive.”

The Hunters are scheduled to be arraigned on Thursday.