Rep. Jerry Nadler, chairman of the House Judiciary Committee, said in a statement Monday night that the committee will formally investigate the targeting of journalists and members of Congress by the Department of Justice under the Trump administration.

Earlier this month, reporters from The Washington Post, CNN and The New York Times were notified by the Biden administration that their records had been seized as part of a leak investigation that began under the Trump administration. The resulting backlash led Biden’s Department of Justice to end a longstanding DOJ policy of confiscating reporters’ records to identify sources.

Democrats in Congress were also targeted by the leak investigations, including at least two members of the House Intelligence Committee, according to The Washington Post. Attorney General Merrick Garland said he has committed to “evaluate and strengthen the department’s existing policies and procedures for obtaining records of the Legislative branch.” 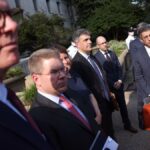 “Recent reports suggest that, during the Trump Administration, the Department of Justice used criminal investigations as a pretext to spy on President Trump’s perceived political enemies,” New York congressman Nadler said in his statement Monday.

“It remains possible that these cases — which now include Members of Congress, members of the press, and President Trump’s own White House Counsel — are isolated incidents. Even if these reports are completely unrelated, they raise serious constitutional and separation of power concerns,” Nadler continued. “Congress must make it extraordinarily difficult, if not impossible, for the Department to spy on the Congress or the news media. We should make it hard for prosecutors to hide behind secret gag orders for years at a time. We cannot rely on the Department alone to make these changes.”

“It is also possible that these cases are merely our first glimpse into a coordinated effort by the Trump Administration to target President Trump’s political opposition,” Nadler added. “If so, we must learn the full extent of this gross abuse of power, root out the individuals responsible, and hold those individuals accountable for their actions.” 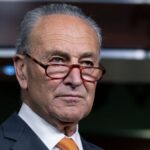 “Like many Americans, I desperately want to see Attorney General Garland succeed in his goal of repairing the damage done by his predecessors and return a sense of ‘normal’ to the Department of Justice. It is an important and worthy undertaking. It is not, however, something we can accomplish by simply turning the page on the Trump era. I am encouraged by the steps the Attorney General announced this morning, but we cannot wait for the Inspector General to share even his preliminary findings with DOJ, some months or years from now, before Congress contemplates a response. Accordingly, the House Judiciary Committee will investigate the Trump Administration’s surveillance of Members of Congress, the news media, and others. I have instructed my staff to begin that work without delay,” Nadler concluded.

Aside from “without delay,” no timeline was given for the beginning of the investigation.