While the television industry has made efforts in recent years to develop more inclusive content, the latest study from the Think Tank for Inclusion and Equity paints a picture behind the scenes of an industry still in need of progress.

On Tuesday, the TTIE released its annual “Behind the Scenes: The State of Inclusion & Equity in TV Writing” report, in partnership with the Geena Davis Institute on Gender in Media. The study surveyed more than 875 working TV writers. 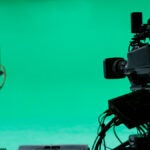 The TTIE’s study also questioned showrunners about the depth of their training, especially when it came to diversity and inclusion best practices. About 48% of respondents said they would like help learning about those best practices.

Of the showrunner respondents, 76% said that they had not had any management training prior to or during their time running a show.

“We’re excited to see an industry shift in the right direction,” said TTIE’s co-founder and co-chair Y. Shireen Razack. “The work ahead is making sure EDI initiatives and pledges lead to true culture change and improved storytelling. We invite our colleagues to use TTIE’s findings and recommendations as a guide.” 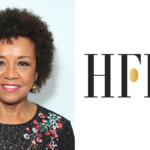 The organization also suggested a “widely accessible training program” for showrunners and co-executive producers that includes both traditional management skills and guidance on running diverse and inclusive writers rooms.