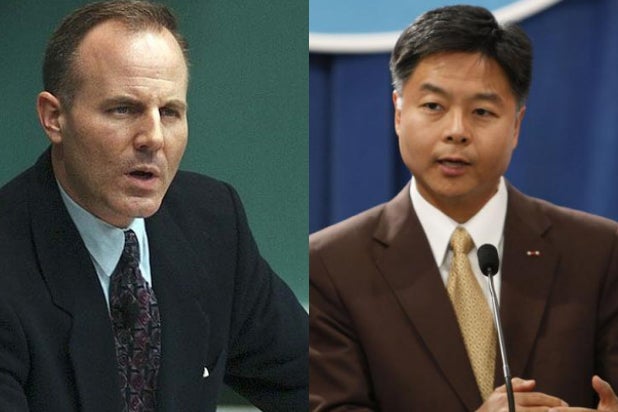 Carr will face off against State Senator Ted Lieu (D-Torrance) in the November general election. The main contest happens to be between a Republican and a Democrat, but under California’s open primary system approved in 2010, the top two finishers in races for statewide office, state legislature, and Congress move on to the general election, regardless of party affiliation.

There were 14 Democratic and left-leaning candidates in Tuesday’s hotly contested race, a smorgasbord of options that appeared to have cannibalized the vote.

In the neighboring district, which includes the Fox and Sony lots, incumbent Karen Bass (D-Century City) sailed through to the general with 79.7 percent of the vote, where she will take on GOP challenger Adam King, who finished with 14.2 percent.

Low voter turnout, traditionally a problem for primary elections and especially during midterms, was also a factor in the CA 33rd race, which is one of the wealthiest districts in the nation. Just over 83,000 ballots were cast in a district that has more than 464,000 registered voters.

A Los Angeles Times analysis points out that residents are largely content with the state and local government right now, positions that accounted for the vast majority of spots on Tuesday’s ballot. Even though Hollywood is constantly fretting about film tax credits and incentives to keep their business in Los Angeles county — and the state of California as a whole — little else about the improving state of California finances and the presumptive reelection of Gov. Jerry Brown drew the electorate out to vote.