A missing girl has been rescued – thanks to a hand gesture she learned from Tik Tok.

As reported by The New York Times, while traveling through Kentucky the girl, in the car of 61-year-old James Herbert Brick, began waving to passing cars. But hidden in her outwardly friendly wave was a hidden message – a hand gesture that she had picked up on Tik Tok meant to alert outsiders that they are being abused (or in danger of abuse). A person in a nearby car saw the hand gesture, developed by the Canadian Women’s Foundation, and alerted authorities.

According to the report, the police were unfamiliar with the hand gesture, which involves tucking your finger into your palm before closing your other fingers around it, but listened to the caller and stopped the car anyway. There they found the girl, who had been reported missing by her parents two days earlier. Brick was charged with unlawful imprisonment and faces an additional child pornography charge after photos were discovered on his cell phone. 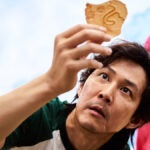 The pair had traveled through several states, when the girl thought to try to get people’s attention using the hand gesture, which had become popularized on Tik Tok and become widespread during the pandemic, when many women found themselves trapped with their abusers. Authorities believe that her captor thought that she was simply waving to cars. Gilbert Acciardo, public affairs officer for the Laurel County Sheriff’s Office, said that the officers who pulled over the car didn’t know what the hand gesture was, but that the girl made it to them as they were approaching. “I don’t think any of us realized what that was,” Acciardo told the Times. “But we certainly do now.”

Acciardo praised the girl’s efforts and the use of the hand gesture. “This is probably the best thing I’ve seen come along in the 48 years I’ve been a patrol officer,” he told the Times.

According to the Times report, millions of people have seen the Tik Tok videos that feature the hand gesture, and organizations like the World Bank and Women’s Funding Network have been promoting it as far back as April 2020.