Netflix has canceled “Resident Evil” after one season, TheWrap has confirmed. The eight-episode horror series, based on the game franchise of the same name, premiered on the streamer July 14.

The cancellation is unsurprising given the series’ mixed-to-negative critical and audience response: On Metacritic, “Resident Evil” holds a critics’ consensus score of 53 and an overwhelmingly negative user score of 1.5. The show holds a similar 55% critics’ score and 27% audience score on Rotten Tomatoes.

Upon its debut, “Resident Evil” held the No. 2 slot on Netflix’s Top 10, logging 72.67 million hours viewed. It dropped to No. 3 and No. 5 in the consecutive weeks, eventually exiting the list after its third week. 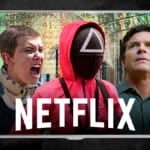 The Netflix series adaptation’s synopsis is as follows: “Year 2036 — 14 years after the spread of Joy caused so much pain, Jade Wesker fights for survival in a world overrun by the blood-thirsty infected and mind-shattering creatures. In this absolute carnage, Jade is haunted by her past in New Raccoon City, by her father’s chilling connections to the sinister Umbrella Corporation but mostly by what happened to her sister, Billie.”

“Resident Evil” is inspired by the 1996 Japanese video game (known as Biohazard) developed by Capcom for PlayStation. The survival sci-fi game includes first-person and third-person shooter games filled with zombies and other monsters. The game has since grown to a sprawling franchise that included a Universal Studios Japan walk-through attraction that debuted in 2013, as well as comic books, animated films and novels.