In 2002, the first “Resident Evil” live-action film based on the zombie horror video game dropped in theaters. Although director Paul W.S. Anderson’s adaptation featuring Milla Jovovich was entertaining enough to garner a sequel (and another one, and another one, and many more after that), the film barely touched the original storyline and underwhelmed gamers and critics alike. 20 years, seven live-action movies, and about 12 games later, Netflix’s “Resident Evil” series is here to disappoint jaded fans yet again.

Created by Andrew Dabb (“Supernatural”), this new eight-episode Netflix series focuses on fraternal twins Jade and Billie Wesker, the daughters of scientist and Umbrella Corporation scientist Albert Wesker. The previous movies, including the recent “Resident Evil: Welcome to Raccoon City,” were action-horror spectacles. But this “Resident Evil” series feels like a YA time-hopping genre mystery unfolding across two timelines.

Part of the story takes place in 2036 after a new zombie apocalypse, and the other in the “past” of 2022, just a few years after Umbrella Corporation bombed the original Raccoon City. A last-ditch effort to stem the tide of those infected with the Tyrant Virus (T-Virus), a dangerous drug for curing dead cells, repurposed as a bioweapon.

Whether you have extensive knowledge of “Resident Evil” lore or know nothing about the franchise, the series suffers from a meandering script, gaping plot holes and muddled execution.

The series starts in 2036, following adult Jade (Ella Balinska), a young researcher and mother who works for The University, an organization dedicated to preserving humanity’s history in the face of possible annihilation. Away from her family for months at a time, she collects data and tracks T- virus mutations. Spraying herself regularly in pheromone dampener, Jade conducts research near Zeroes (the “RE” world’s zombies). But before completing her field notes, she accidentally cuts herself, sending the fast-moving undead her way. 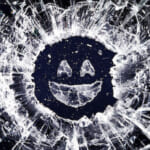 The story jumps back in time to 14-year-old fraternal twins Young Jade (Tamara Smart) and Young Billie (Siena Agudong), who sit wide-eyed in the back seat of their dad’s sedan as Albert Wesker (Lance Reddick) drives them to their new house in “New Raccoon City” near Capetown, South Africa. Young Jade is headstrong and defiant, and fiercely protective of her sister. In comparison, Young Billie hides her anxiety behind a nervous smile and respectful demeanor. The two share the unique ability to play Albert like a piano.

The girls have trouble fitting in at their new school and act out a predictable scenario of Billie being bullied and Jade retaliating in her defense. But school isn’t their only issue. Albert is oddly protective of them and even draws blood from them daily, testing it all in a secret lab in their basement. And when he’s not playing phlebotomist, he’s placating his evil boss Evelyn Marcus (Paola Nuñez).

As the daughter of Umbrella Corp co-founder Dr. Jason Marcus, Evelyn is trying to save the company by fast-tracking a new but unstable anti-depressant called “Joy” to shareholders. But unfortunately, “Joy” might be a derivative of the T-Virus and Evelyn, a sociopath with control issues, probably wouldn’t care if it was.

We spend so much time in the past that you almost forget that future Jade was knocked out by a giant zombie caterpillar while escaping the Zeroes. When we jump back to the future, she is saved by members of a stronghold who identify her as a “survivor” of the world before the apocalypse. However, Jade is forced to escape after they attempt to turn her over to Umbrella in exchange for safe haven within New Raccoon City. She spends most of the season on the run while we continue to hopscotch back and forth to her younger self learning the hard way exactly what Umbrella is really up to.

Nonlinear storytelling works best when one side of the story exists at a fixed point in time, and the other provides a deeper understanding of the main plot. Unfortunately, “Resident Evil” slowly pushes both timelines towards each other, never reaching a destination.. As a result, we don’t get a strong enough explanation for how Jade ends up in the dystopian future as a survivor, why Billie aligns herself with Umbrella or if “Joy” is responsible for the current fate of the world.

In addition, the writing forces the characters to make bad decisions to drive the narrative repeatedly. When young Billie sees live rabbits at her dad’s office one day, she’s so upset that she convinces young Jade to break into Umbrella Corp (which they achieve way too easily) to free the test animals. A choice that turns out exactly the way you think it does. And when future Jade inexplicably decides to test a T-Virus antidote on an actual zombie in a residential area, this also ends in disaster.

The series is bloody but not very scary. Although familiar monsters like Cerebus dogs, Lickers, and a skinny Tyrant are all rendered well, they are forgotten quickly to make room for the rambling plot. In addition, flat lighting and Billie Eilish knockoffs punctuating the score make the show lose momentum quickly. Not to mention an actual song and dance number and a “Blade” knockoff that push the series over the edge into bonkers territory.

Despite the script, Balinska and Nuñez give standout performances in this series as adult Jade and Evelyn respectively. Both are hell-bent on controlling every situation, but they have vastly different methods. Likewise, Reddick’s sinister yet muted performance as Albert is in stark contrast to previous iterations of the character. Still, it is one of the few things in the season that get a proper explanation.

Unlike the campy, gory Anderson films — which knew exactly what they were — Netflix’s “Resident Evil” series feels contrived and exhausting.