Netflix’s cautionary sci-fi anthology series “Black Mirror” hasn’t aired new episodes since 2019, but with a new cast on board, it looks as if the show’s highly awaited sixth season is finally moving forward.

These actors will reportedly appear throughout three episodes, with some signing on for additional episodes. Hardcore fans may remember that Paul lent his voice to Season 4’s “U.S.S. Callister” in a brief vocal cameo, and it’s been rumored that that episode might be getting a sequel spinoff of sorts, though that remains unconfirmed. 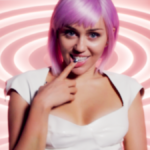 Also Read:
‘Black Mirror’ Season 6 in the Works at Netflix

Creator Charlie Brooker admitted back in 2020 that he wasn’t working on any new “Black Mirror” material as the appetite for the show’s often bleak tone was understandably diminished by the pandemic.

“At the moment, I don’t know what stomach there would be for stories about societies falling apart, so I’m not working away on any on of those [‘Black Mirror’ episodes],” he said.

“Black Mirror” is produced by Brooker and Annabel Jones through their indie production company, Broke & Bones, through a deal with Netflix. The show was previously produced by their Banijay-backed shingle House of Tomorrow, though a deal was reached in which Banijay licenses the series to Netflix. 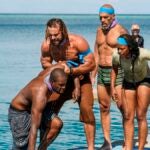