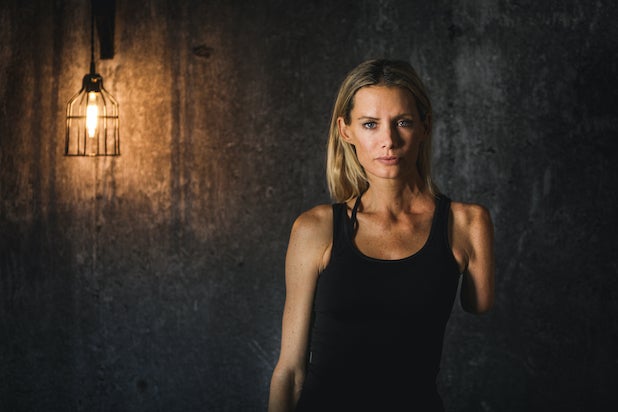 Olivia Jackson, a stunt performer who had to amputate her arm after suffering a career-ending injury on set of the sixth “Resident Evil” film, has won a legal case for damages in South Africa.

Jackson, a UK-based stunt performer, former model and Muay Thai fighter, was standing in for actress Milla Jovovich on set for “Resident Evil: The Final Chapter” in 2015 and injured herself in a high-speed motorcycle stunt when a camera mounted on a crane from a vehicle traveling in the opposite direction struck her.

Jackson suffered multiple fractures, brain swelling, ruptured arteries in her arm and neck and spent 17 days in a coma in addition to having her arm amputated. She was also left with a painfully twisted spine, paralysis of the top left quarter of her body including her neck, a permanently dislocated shoulder, a severed thumb, punctured lungs and broken ribs.

A South African court ruled in favor of Jackson that the stunt was negligently planned and executed and that the driver of the other vehicle, Roland Melville, was uninsured. The court dismissed evidence from Gustav Marais and Melville of the independent stunt company Bickers Action SA that claimed Jackson was at fault in her riding.

The Judge also ruled that Jackson had not voluntarily assumed the risk of this accident and was unaware of director Paul W. S. Anderson’s instructions to Melville to decrease the safety margin from the stunt’s rehearsal run in order to get a more exciting shot.

“I miss my old face. I miss my old body. I miss my old life. At least I now finally have a court judgment that proves this stunt was badly planned and that it was not my fault,” Jackson said in a statement following the ruling. “But it really hurts that I have to live with the aftermath of other people’s mistakes, when, aside from a short period of my hospitalization in South Africa, none of the people who made those mistakes or profited from this film that made $312 million have actually supported me financially.

“Action movies that require people to carry out dangerous stunts should always be very carefully planned and performed. They should also be backed by insurance that can meet the very significant life-long losses that could be incurred by any member of the cast and crew who is seriously injured,” Jackson’s global counsel and partner at Stewarts Julian Chamberlayne said in a statement. “This judgment is an important recognition that stunt performers are not themselves inherently responsible, nor willing but disposable volunteers when something goes wrong. Like all workers they are owed a duty of care by those responsible for the safest possible performance of the stunt.”

Jackson has a biography due to launch later this year, and she plans to release a documentary about her recovery journey in the near future.

For the record: A previous version of this story said that the same stunt team involved in “Resident Evil: The Final Chapter” also worked on Anderson’s subsequent film “Monster Hunter.” We regret the error.