The conservator for “Ferris Bueller’s Day Off” actress Edie McClurg was granted a restraining order against an alleged abuser on Tuesday, according to documents obtained by TheWrap.

The conservatorship was set up in 2019 and is run by “Life in Pieces” actress Angelique Cabral, whose mother is McClurg’s cousin.

The documents state that Cabral is “highly concerned” about a man named Michael Ramos, who has been living with the 78-year-old character actress and previously attempted to marry her. According to the documents, he sexually assaulted one of McClurg’s caregivers, and that woman fears he might also be assaulting McClurg. 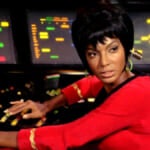 According to the filing, Ramos “finagled” his way into McClurg’s home and attempted to take her out of state to marry her, even though he knew she “lacked capacity” to consent to a marriage. A previous court prevented the marriage, but allowed Ramos to remain in the home, believing “he would provide her with companionship and the conservatee did not object at the time.”

The restraining order has been set through August 25.

Cabral’s lawyer did not immediately respond to TheWrap’s request for comment.

McClurg is best known for her roles in ’80s comedies “Ferris Bueller’s Day Off” and “Planes, Trains And Automobiles,” and the ’90s series “Seventh Heaven,” as well as for her voicework in “Frozen,” and the TV series “Clifford the Big Red Dog.” 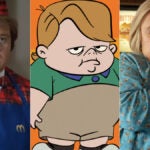